Our Desk | Social turmoil it is 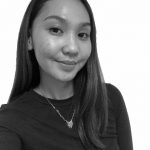 “Macau seems to be changing a lot.”
This is what I would normally hear following all the economic consequences brought forth by the pandemic.
Employment matters remain one of the major consequences of the pandemic due to the ongoing economic crisis, followed by small and medium-sized enterprises (SMEs) continuing to call for another round of stimulus – which they would surely continue to call for after another support round.
I reckon thousands of employers have done what it takes to reduce the pandemic’s impact on their employees – but for some, it does not suffice.
SMEs could barely operate at many times throughout last year, particularly very small businesses.
Reports have concluded that the SAR is one of the regions that has been greatly affected by the pandemic as it heavily relies on the tourism sector – which everyone is aware of.
However, this is not the time that we should see the government passing and approving laws that could further worsen the chances of people (migrant workers in particular) acquiring jobs.
Recently, two lawmakers have been calling on the government to ease the provisions of the recently amended employment bill for non-resident workers.
Although they are a little too late on such a call – since the bill was passed last year in the middle of the pandemic while borders were closed and while foreign entry was banned – such call only goes to show that this is one of the issues that are currently pending, yet no way out.
Official data shows that foreign worker tally continues to be on a downward trajectory as the city concluded the year with a total of 177,663 non-resident workers, down 9.6%, or 18,875 fewer year-on-year. The blame, of course, was attributed to the pandemic.
The domestic helper sector was largely not affected by this crisis. However, the law had made it harder for employers to employ helpers they needed in their household.
I know one employer who is already considering hiring a domestic worker from the mainland as it is the only way possible to take care of her two toddlers and baby. However, the main thing that is stopping them is not even the salary (as is what they would normally say) – but the fact that they want their children to grow up learning English as a second language.
I think the approval of the law amid the pandemic will always remain a question – at least for me. The employment law for non-resident workers that affect the domestic workers and non-skilled that was approved in October adds another burden to the many burdens that households are already facing.
Once laid off, these workers stay in the city due to the absence of flights.
The Philippine Consulate itself has concluded 15 repatriation flights, with still about 600 of its citizens waiting for another repatriation flight.
However, since the new UK strain has already reached the Philippines, authorities have imposed stricter regulations on its entry measures.
While the local government is already well aware of this situation, the enforcement of the amendment has further created “social turmoil,” as lawmaker Pereira Coutinho would describe.
The consequences are great. The changes are big – but I am just not quite sure if these are the changes we are all looking for.
Particularly, I doubt whether these are circumstances we would further want to see this year: increasing number of migrants who are stranded, household employers being left with no option to hire a household helper, and seeing non-government associations continuing their donation drive just to assist the stranded former workers.