Pandemic | Rugby in crisis as unions engage in ‘unprecedented dialogue’ 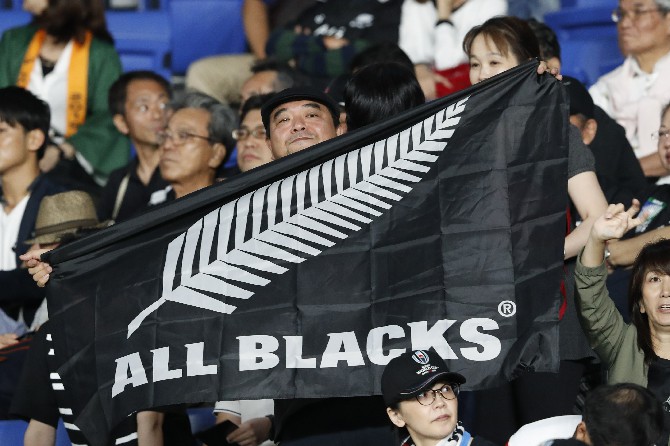 The U.S. has filed for bankruptcy. The Australians are facing a black hole of more than $70 million. English rugby leaders have drawn up worst-case scenarios of an even bigger financial hit.
The coronavirus pandemic has left rugby on its knees over the last two weeks, with the prospect of more pain to come because of the uncertainty over whether leagues, lucrative tours and international competitions can resume or go ahead.
The chief executive of England’s Rugby Football Union, the world’s richest union, said yesterday there has been an “unprecedented amount of dialogue” between the sport’s leading countries during the outbreak that has shut down rugby.
“The relationship between the north and the south has probably never been better,” Bill Sweeney said.
Sweeney acknowledged that Australia might be in the weakest position of all the major unions.
After returning a net loss of more than $5.4 million for last year, the Australian Rugby Union could take a hit of more than 10 times that figure this year if Super Rugby does not start up again and there are no domestic test matches for the Wallabies, according to CEO Raelene Castle.
The ARU doesn’t even have a TV deal at present after refusing to take up an offer with Foxtel, its existing broadcaster. Foxtel had been bidding for rights with Optus, but negotiations have now been suspended.
“It’s in no one’s interest,” Sweeney said, “for Australia to get into even more serious difficulties.”
Sweeney suggested USA Rugby’s decision this week to file for bankruptcy was no surprise because the body was “struggling somewhat before the crisis,” through sponsorship pullback and losses from sevens competitions and test matches in the country in 2018.
World Rugby, the sport’s governing body, is in conversations with the Americans to see how they can sustain the game in what it sees as a key future market.
Sweeney last week said the RFU was bracing for lost revenue of up to 50 million pounds ($62 million) over the next 18 months.
There will be a further blow to global revenues in July if test matches set to be hosted by New Zealand, South Africa, Australia and Japan are called off because of the pandemic.
A decision is set to be taken on those tours by the northern hemisphere sides at the end of April, but there is little optimism around given most countries are under lockdown, and could be for months.
More realistic, at least among northern hemisphere countries, is ensuring the new season scheduled to start in September can proceed as planned.
Wales and Scotland have already voided their domestic campaigns, as has England below the top-tier Premiership.
“There is a final phase in our reaction to this crisis and it’s a reboot phase,” Sweeney said, “how we resurrect ourselves from this and emerge stronger.”
A decision was made by the RFU yesterday that final standings in English leagues should be determined by a “best playing record formula,” meaning that Newcastle Falcons will be promoted to the Premiership because they have a 100% record so far this season. The Falcons are set to replace Saracens, whose demotion because of breaches of salary cap regulations was confirmed in January. STEVE DOUGLAS, AP