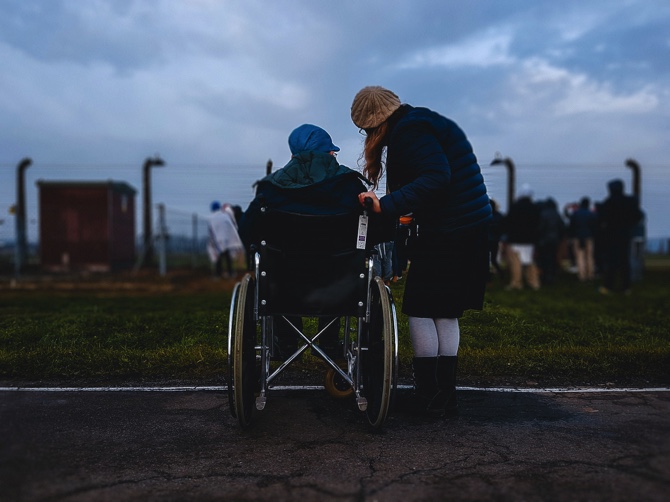 The sequential demise of a pair of elderly siblings found Wednesday afternoon has generated contemplation about the effectiveness of existing local social care services.

At about 10:20 pm on Wednesday, the Judiciary Police (PJ) announced that two siblings living together and supporting each other were both found dead in their residence on Rua da Penha on the mid-level of the Penha Hill.

The case was uncovered by a neighbor of the late siblings, who had not seen them for a significant period of time. Therefore, the neighbor contacted the police out of concern for them.

Upon arrival at the residential apartment located on the ground floor, rescuers from the Fire Services Bureau (CB) looked through a window and saw a body lying in a room. The rescuers then broke into the apartment and discovered the siblings dead in their respective rooms.

PJ inspectors then conducted a preliminary investigation and discovered no indicators of concern or suspected criminality in the apartment or on the bodies.

Lawmaker Ron Lam described the incident as a tragedy. He first admitted to the Times that while much work has been done, a mechanism must be established in the future in respect of social welfare. He suggested that work be started on individual level, such as neighbors helping each other and the management committee of each residential estate visiting elderly residents regularly.

In contrast to criticisms about people in Macau being cold, Lam revealed that many people are willing to help their neighbors; they just do not know how or where to start.

At the same time, the lawmaker also disclosed that many elderly residents did not know there were welfare payments and supports for which they could apply.

While the news was publicized, former lawmaker Sulu Sou commented on his social media page that “each social tragedy is caused by human factors rather than simple coincidence.”

In addition, the list of hashtags that the former lawmaker included were “heart-breaking”, “double-elderly care policy”, “not individual case” and “the government should explain what has gone wrong,” among other hashtags.

Hashtags are used on social media by Macau users to highlight certain messages or comments.

Comments left by other social media users under Sou’s post revealed other cases of unattended people in need. For example, a user wrote that they knew of an elderly person who lives alone, is nearly blind and has been living on the retirement funds of the elderly person’s mother. The elderly person needed help from different friends each time a medical appointment came, but nobody – including medical staff and government officers – could offer any actual help.

Meanwhile, on her social media post, former lawmaker Agnes Lam suggested mutual care between neighbors. As she discussed the matter on the post and replied to a comment, she attributed part of the cause of the case to the lack of social support.

Despite her comments, two social media users questioned the possibility of caring for neighbors, based on the fact that many people have been living difficult lives over the past two-and-a-half years or so. Lam did not reply to their comments.