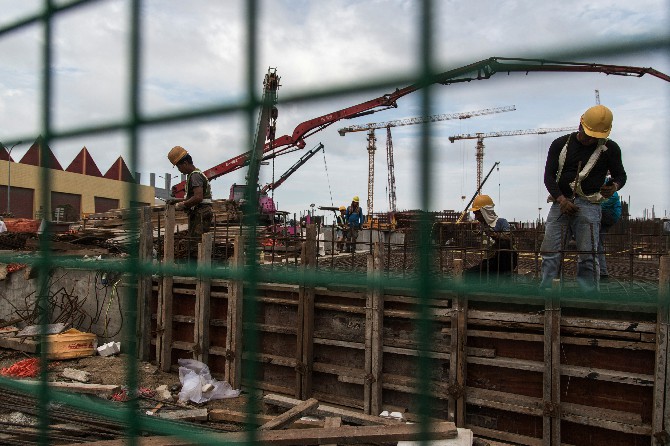 A remark made by the Chief Executive (CE) asking locals to “swallow their pride” and take on jobs they used to shun has prompted a wide spectrum of reactions in the community.
The city’s top leader Ho Iat Seng delivered the statement on November 16, the day he announced his wide-ranging Policy Address for the fiscal year 2021, when addressing a media query about the rising unemployment rate among locals and the possibility of enhancing the mechanism for the withdrawal of non-resident workers.
Ho’s reply has stirred up mixed sentiment.
Some disgruntled citizens alleged that Ho has not put himself in a grassroots’ position and his comment is just not quite justifiable.
The reason behind a growing unemployment rate for local people does not lie in whether or not one is “humbling oneself,” they argued, adding that it is more of a practical matter, as “who would like to accept an occupation with a paycheck that cannot afford household expenses?”
In the press briefing, Ho said that the SAR government is pleased to set the system for the withdrawal of non-resident workers in motion — on short notice — for whichever industry locals are inclined to engage with.
The CE cited construction as an example. Despite the high salary, locals are indisposed to enter the construction industry as it is a physically taxing occupation, he learned.
The government had held meetings with the industry alliances to explore ways to lower the number of foreign employers, but having locals that were willing to take on jobs was an essential prerequisite, Ho stressed.
By the end of September, Macau was home to 181,697 non-resident workers, according to the latest statistics gauged by the Labour Affairs Bureau (DSAL).
Among all foreign staff, 29,218 were involved in domestic work, or about 16% of the total share. Other industries that were represented by a large proportion of foreign workers were the construction industry which employed 27,451 foreign workers, 25,877 workers in the hotel industry, 21,620 in F&B, and 15,223 in real estate.
The number hired as white-collar office workers was not significant, Ho pointed out. The DSAL figures echo his statement. Merely 1,070 foreigners were working in the financial sector in Macau.
Following the fallout from the Covid-19 pandemic, the city’s total number of foreign workers dropped 6.1% year-on-year from the 193,470 that were registered in September last year.
From July to September this year, the general unemployment rate reached 2.9%, with the unemployment rate of residents standing at 4.1%, each up 0.1 percentage point from the previous period between June and August, according to the Statistics and Census Service (DSEC).
In a radio program broadcast yesterday by TDM, a firm running broadcasting services in Macau, some local audiences recounted their observations that locals are reluctant to do certain types of jobs — especially for those with a less attractive package.
Lee Chong Cheng, the president of the Macao Federation of Trade Unions, who was on the radio show, suggested the government help citizens understand more about the various job types in the city by setting up more training schemes.
Ho pledged in the press conference that the government would listen to the public and make adjustments to uplift the employment situation in occupations that locals think are “suitable” for them.  Staff Reporter