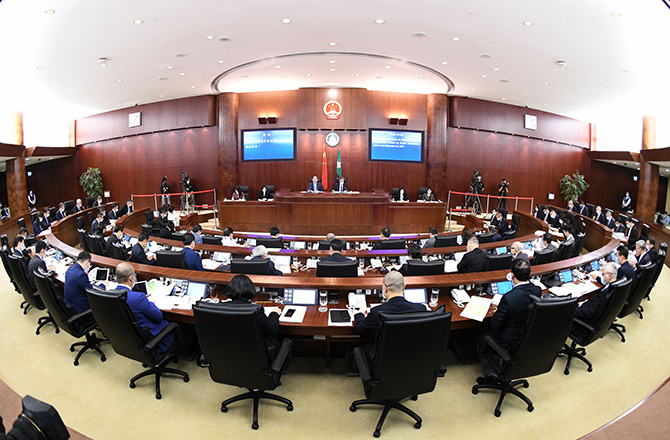 Chief Executive Ho Iat Seng has stated in the Policy Address yesterday that an amendment would be made to Macau’s national security law, with a view to filling the voids in the “procedural matters” within the legislation.
At the press conference where the top official answered questions from the media, Ho acknowledged that the city’s national security law has been deficient in “procedural matters” to some degree, adding that the SAR government is now studying ways to refine the law. Such move is to offer a higher degree of security to the city.
The city’s top leader has placed ‘Safeguard national security and social stability’ as one of the ten policy focuses for the Fiscal Year 2021.
According to the Policy Address, the government is now engaging in endeavors designated to enhance the Judiciary Police’s internal operational mechanism to perform law enforcement in full force.
Macau’s national security law was passed in February 2009 and came into effect in March that year. The law criminalizes acts of treason, secession, subversion, sedition, theft of state secrets, and acts by foreign political organizations or Macau groups found to endanger national security.
The decision on amending Macau’s national security law came after the neighboring city, Hong Kong, introduced its wide-ranging national security law on June 30.
The bill in Hong Kong was enacted to restore stability to the society, following the year-long social unrest against the debated yet now-withdrawn extradition bill — which would allow criminal suspects to be extradited to China.
Analysts and experts commented that the national security law in Hong Kong was stricter than that introduced in Macau over a decade ago. Staff reporter