Q&A | Robin Moyer, Winner of World Press Photo Premier Award (1983): ‘Photojournalists are not dead, they are working really hard all around the globe’ 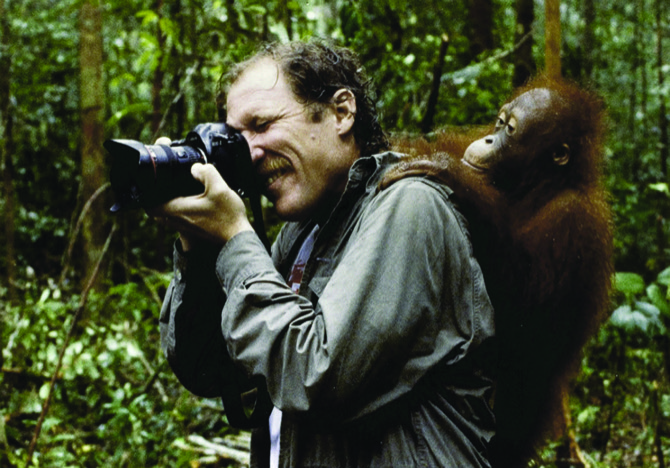 With a career spanning almost 50 years, the American photographer, journalist and author Robin Moyer has photographed many of the world’s most interesting events, places and people. His work has won several international awards and recognition. Among them is a World Press Photo Premier Award and the Robert Capa Gold Medal Citation from the Overseas Press Club of New York, both for his work for TIME Magazine on the war in Lebanon (1982).

Moyer, who lives in Hong Kong, will be in Macau tomorrow to present a talk titled “Deadlines” as a side event for this year’s World Press Photo exhibition.

Ahead of the talk – a joint initiative of the Macau Portuguese and English Press Association and the “Casa de Portugal” (Portuguese House) Association – the Times spoke to Moyer to learn more about the ideas, feelings and insights of this cross-generational photojournalist.

Macau Daily Times (MDT) – With a career that spans over 50 years, what in your opinion has changed the most about being a photojournalist?

Robin Moyer (RM) – Of course, that’s the digital camera and also the budgets [available] for photography from the magazines. The Internet and the digital cameras came to make the work much easier and much faster. I remember that in the late 1990s we had what we called our “Saturday Camera” which was a very low[-quality] and basic digital camera that we could use to process and to send [the files] over the telephone wire, but it wasn’t until we got super high-speed lines and things like that we could actually process and send high-quality images.

I remember the first time that one of our photographers –
Christopher Morris – sent some pictures from the first Gulf War and Time ran the pictures over a double-page of the magazine and you could see the pixels were gigantic, but they made a point.

[Regarding budgeting] when I first started to work for Time magazine I had “carte blanche” and an almost unlimited budget; if I needed a helicopter I would just hire a helicopter. Of course, these days, you don’t need a helicopter, you need a drone, unless you are doing big movies or using medium format digital cameras as you don’t want to put a USD30,000 camera on a USD5,000 drone.

MDT – You were one of the award winners of the World Press Photo back in 1982. How did this achievement influence your career?

RM – I think that more than anything else, it solidified my work with Time Magazine. I started working with the magazine in 1979 and I think the editors were fairly confident [in] the quality of my work and also the quality of my research, so I was working on several stories before I got my contract, [for example] stories in Korea, stories on the Thai-Cambodian border and in Vietnam.

But once I won the award they immediately gave me a contract and eventually made me the chief photographer for Asia. It also worked in terms of recognition also by other magazines, and still under the contract of Time, it allowed me to work a little bit to [other media such as] the New York Times and London Sunday Times; I photographed tennis players for Elle, among others.

MDT – Your talk tomorrow is called “Deadlines.” Can you explain the meaning of this title?

RM – It maybe has a double meaning but that is for you to decide [laughs]. But [in the more common sense of the word] when you start working for a magazine like Time, there is a deadline every week and in Asia the deadline was usually on Thursday, which was the last day that we could ship our film to New York in order to get it processed and edited on time to put it in the magazine, so it could appear on the pages on the following Monday.

We did not have very acceptable transmission facilities until about 1988 when we could actually process the film in the field and scan it and transmit it to New York, and it would be acceptable for a magazine like Time which required high-quality reproductions.

MDT – Everyone now carries a camera in their mobile device. Do you believe that this is killing photojournalism?

But photojournalists are not dead, they are working really hard all around the globe on very important stories like world hunger, dictatorships, all kinds of social problems, long-term stories on environmental topics and global warming. So there is a need for a reinvention [of photojournalism].