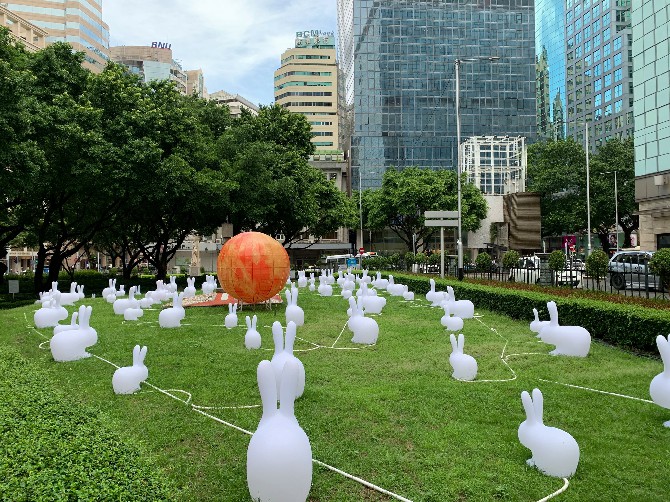 An installation for the Mid-Autumn Festival has been removed from Praça de Jorge Álvares garden in central Macau by the Municipal Affairs Bureau (IAM).
The “Rabbits and the Moon” installation was removed from the garden due to suspected copyright infringement. The installation was said to imitate a famous installation and products created by Italian design company Qeeboo, sources who asked to remain anonymous due to the sensitivity of the topic told the Times.
As soon as the installation was assembled and showcased at the garden, it was criticized by many netizens, especially those involved in art and design, for replicating Qeeboo’s famous installation in Beijing three years ago.
In the original installation, which was showcased in late September 2017 at Beijing’s Summer Palace and Imperial Garden, the company celebrated the Mid-Autumn Festival with one of its famous products, “the rabbits,” created by designer Stefano Giovannoni with the message: “Do you know that on the Moon lives a Rabbit? Wish you and your family a happy Mid-
Autumn Festival.”
Done in a very similar style using “rabbit lanterns” that were allegedly acquired from the original installation by a different company, the Macau installation was only displayed for two days before it was removed by IAM staff, according to bystanders who witnessed the removal.
The Times attempted to confirm with both IAM and Qeeboo, which owns the product designs, but as of press time no clarification was received.
Nevertheless, sources confirmed that the products used were forgeries and that the installation was ordered to be removed after IAM came aware of this. 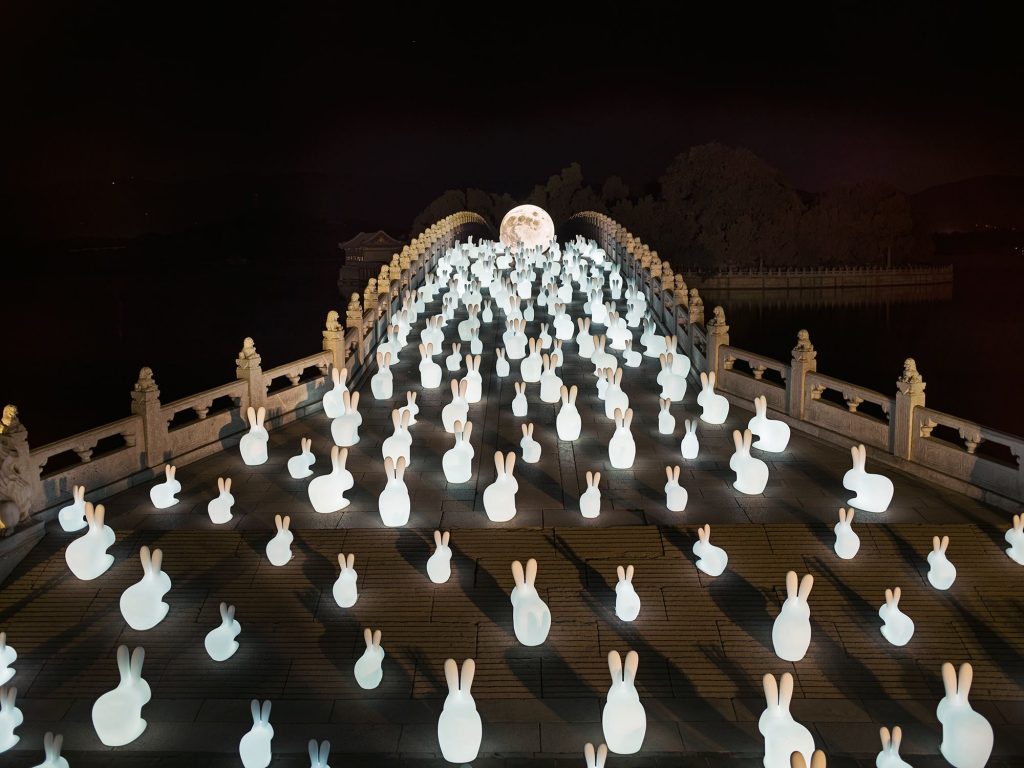