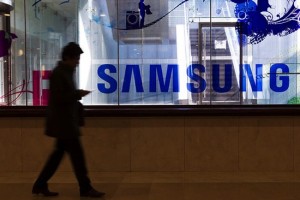 Samsung Group heir apparent Lee Jae Yong solidified his control of South Korea’s biggest conglomerate through the purchase of a construction subsidiary in a deal valued at USD9.3 billion.
Cheil Industries Inc., the de facto holding company of Samsung Group and which counts Lee as the largest shareholder, agreed to acquire Samsung C&T Corp., according to a filing Tuesday. Cheil, with interests spanning construction and a theme park, will offer 0.35 share for each Samsung C&T share.
Samsung Group is revamping businesses as its leadership transitions to a new generation amid pressure from the South Korean government to simplify the chaebol’s organization. Lee, 46, is exerting more influence throughout the conglomerate a year after his father suffered a heart attack that has kept him from involvement in company operations.
“The merger will help expand Lee Jae Yong and the Lee family’s grip on the overall Samsung Group,” said Park Joong Sun, an analyst at Kiwoom Securities Co. in Seoul. “The merger provides clear messages to the market that it will play a key role in Samsung Group.”
The combined entity will use the Samsung C&T name and be South Korea’s fifth-largest company by market capitalization, according to data compiled by Bloomberg. It targets about 60 trillion won in revenue in 2020, compared with 34 trillion won for both companies last year. Seonjin Cha and Rose Kim, Bloomberg