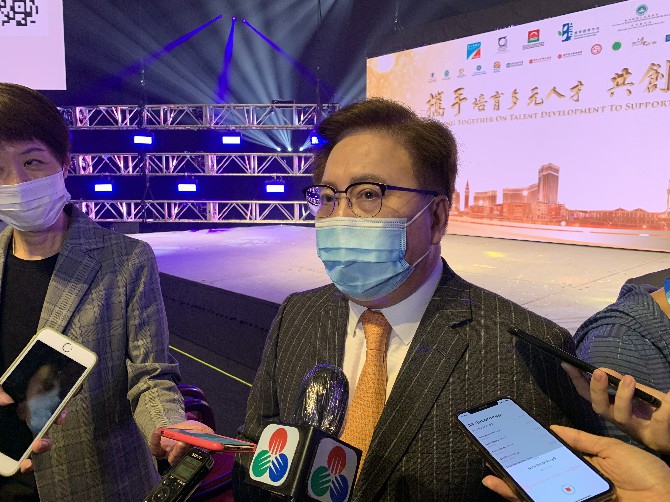 Wilfred Wong, who helms Sands China, remains confident that the occupancy rate of the groups’ hotels in December will fare far better than November.
“The overall occupancy rate may reach upwards of 40%,” said Wong, President of Sands China, in response to questions raised by media about the prospect of the approaching Christmas period yesterday.
Wong said he has come to this estimate by drawing on the growth in tourist arrivals to Macau.
The higher volume of holidaymakers to Macau has also given a fresh impetus to the group’s retail sector, especially the high-end luxury segment, which Wong said already achieved a sale amount similar to that of last year.
Ever since September 23, when the application for Individual Visit Scheme (IVS) permit was reinstated for all mainland tourists, the number of hotel guests has been climbing, despite the “moderate and gradual pace,” which Wong acknowledged.
In October, Macau attracted a total of 581,986 tourists, representing an increase of 29.6% month-over-month, according to Statistics and Census Service.
Among all visitors, those coming from the nine Pearl River Delta cities in the Greater Bay Area amounted to 282,170 – with 48.2% of them hailing from Zhuhai. The city also saw 37,909 visitors from Hong Kong and 4,574 from Taiwan.
However, Wong expressed a cautiously optimistic stance about the prospects of casino receipts, saying it will take time for the gaming earnings to rebound. Yet he believes a greater number of tourist arrivals to Macau will eventually culminate in better revenue for the city’s gaming industry.
When asked about the development of non-gaming businesses, Wong said the group has all along invested in non-gaming elements to align with the government’s vision of economic diversification.
The TeamLab Macao in The Venetian, a non-gaming project to which the group committed USD20 million, will be a key drawcard for tourists, he believes.
Besides, Wong disclosed that many non-gaming components, such as a new theatre that can accommodate audiences of up to 5,000 and new restaurants, will be incorporated into The Londoner Macao, a new addition to the group’s hotel properties.
The Londoner Macao is slated to open in early February 2021.
Wong delivered his forecast to the media following the group’s event titled “Sands China Academy Distinctive Talent Development Sharing Session” yesterday. Staff Reporters