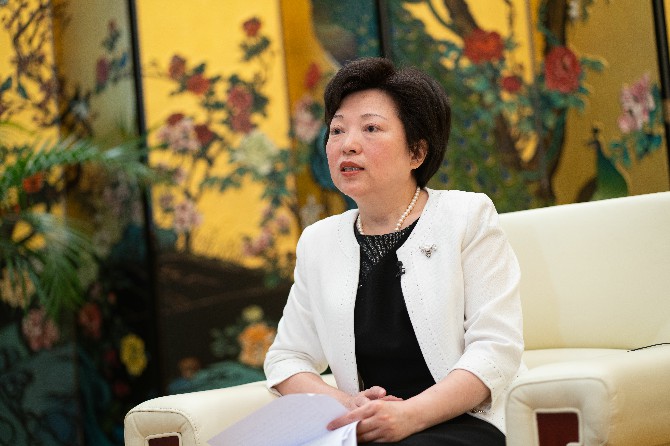 Commissioner of the Chinese Foreign Ministry in the Macao SAR, Shen Beili, is set to leave her position and become the Deputy Head of the International Liaison Department of the Central Committee of the Communist Party of China.
Appointed to her position in Macau in July 2018, the Commissioner’s Office has implemented policies designed to “benefit Macau [and] strengthen Macau residents’ national pride and confidence,” the commissioner previously said in an interview with Xinhua.
With the new appointment, Shen will lead an agency responsible for conducting relations with foreign political parties, think tanks and academics.
During her post in Macau, Shen stressed that under the guidance of the country’s overall foreign relations, “Macau’s external exchanges have maintained a good momentum of continuous expansion, yielding great achievements.”
Born in Shanghai in 1963, the newly promoted official was director-general and assistant minister of the Beijing-based department before her posting to Macau. LV