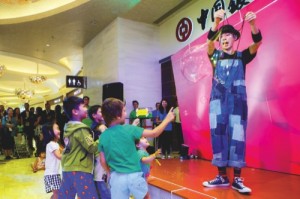 Sands Retail, the leasing and retail asset management platform of Las Vegas Sands Corp, has officially opened Shoppes at Cotai Central Phase 3. According to information released by the company, the move represents a significant expansion that will increase the size of the mall in operation by 70 percent, raising its total retail area to 400,000 square feet. Within Phase 3, 36 new retailers have already opened for business, with a further 15 restaurants and kiosks to open by the end of the year.
The USD60 million investment paves the way for an expanded tenant mix that spans home decor, variety stores, 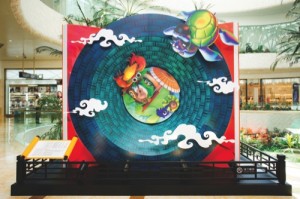 designer children’s wear, fashion sportswear, travel accessories, and an even wider variety of men’s and women’s fashion, lifestyle and cosmetics brands. Altogether, the mall houses 140 brands, including many retailers’ first-ever stores in Macau and, for some, their first in Asia.
Shoppes at Cotai Central opened in 2012. The mall incorporates an easily accessible food court, Koufu, where 23 stalls serve up a wide range of international cuisine. Phase 3 will reinforce the mall’s stylish but family-friendly character even more with the opening of the interactive indoor theme park Planet J in 2015. Further expansion and improvements 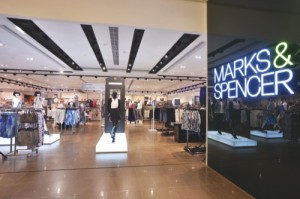 are already on the drawing board for Phase 4.
Also on Friday, famed British retailer Marks & Spencer officially entered Macau’s market, opening its first store here at the Sands Cotai Central shopping mall.
In addition to women’s and menswear, the 1,400-square-
meter store includes a food hall with biscuits, groceries and wines. Janice Ngai, marketing manager for Marks & Spencer, said that the brand has “concrete plans for expansion” in Macau.
Senior vice president of retail at Sands Retail David Sylvester (see interview on page 5) told the Times that the operator 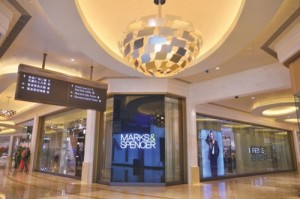 will soon discuss expansion with the brand: “The food hall, watching it today, was chock-a-block. I think we will be having that discussion [regarding expansion] with them. We need to have a discussion with Marks & Spencer straight away because it’s very popular already. There’s potential to expand,” he stressed.
Marks & Spencer provides its own clothing lines, Ms Ngai said on Friday. These include brands featuring “affordable designer quality,” fashion denim, and casual wear. A section with women’s lingerie and men’s underwear is also featured. 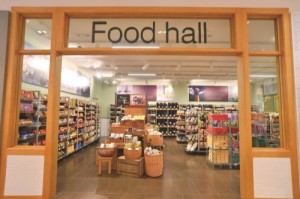 “Women’s lingerie – we’re famous for that in Hong Kong and we provide it at affordable prices,” said Janice Ngai, adding that every season they strive to refresh the collection.
The food hall includes a selection of British teas, jams, marmalade, as well as biscuits, chocolates, and savory snacks like crisps and tortillas. The store provides also a selection of wine.
Janice Ngai said that, for now, Marks & Spencer is still getting a taste of what the customer in Macau expects from the store. “We want to learn from clients at this stage, and get a feel of what the market needs,” she stated. Over time, more products are set to be added. “We’ve already discussed with the landlords about expansion,” she said.
Currently, Marks & Spencer has over 150 stores across ten markets in Asia, including 15 stores in mainland China, and 17 in Hong Kong. The opening of a Marks & Spencer store in Macau comes in line with the British retailer’s growth strategy to open 250 new international stores over the next three years.