Signs of GGR recovery show in first week of September 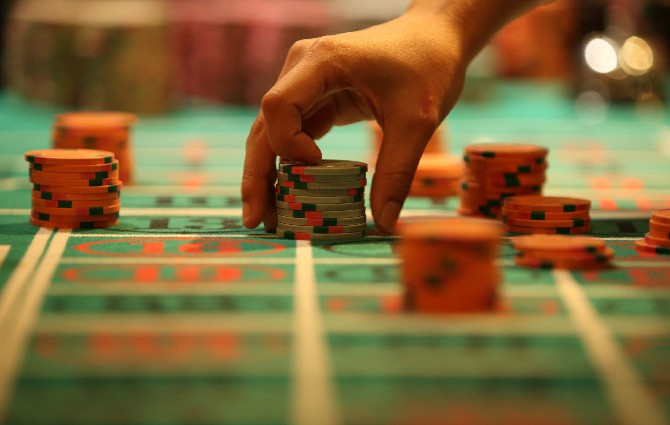 The city’s average daily gross gaming revenue (GGR) in the first six days of September was nearly double that compared to the average daily revenue in August.
According to a note seen by GGR Asia from brokerage Sanford C. Bernstein Ltd, the institution estimated that the daily average for September 1 to 6 was approximately 83 million patacas, nearly double the 43 million figure for the month of August.
“The month-to-date average daily rate is negative 89%, compared to September 2019,” but up 94% compared to August this year, analysts Vitaly Umansky, Tianjiao Yu and Kelsey Zhu said.
“VIP volumes are down in the low percentage of 90s [in year-on-year terms], and mass is down nearly 90%. Both segments are beginning to show a slight pickup,” they added.
Meanwhile, the institution forecasts that Macau’s GGR may record a year-on-year decline in the “mid-80s,” noting that the city’s weekly numbers are “getting better” due to the reinstatement of the Individual Visit Scheme (IVS) for Guangdong residents.
However, the analysts noted that 2020 predictions “remain largely educated guesses at this time, with constantly-changing conditions altering expectations.”
“With a visa issuance timetable now in place, we believe the drivers of recovery will be confidence levels of customers to travel and spend, opening up Hong Kong to Macau travel and an increase in frequency of air transportation within Greater China, to airports in Guangdong/Hong Kong/Macau, to facilitate long-
haul travel,” they added.
Macau’s GGR dropped more than 90% for the fifth straight month in August.
Meanwhile, figures from the Public Security Police (PSP) show that there was around 12,086 incoming tourists on Saturday and about 9,700 on Sunday.
After the reinstatement of IVS on August 12, there was 13,500 tourist arrivals in the region the following weekend, slightly higher compared to the weekend prior.
In August, the PSP had said that it did not expect significant changes in border traffic, but it predicted a gradual upward trend in the number of arrivals in the coming weeks.