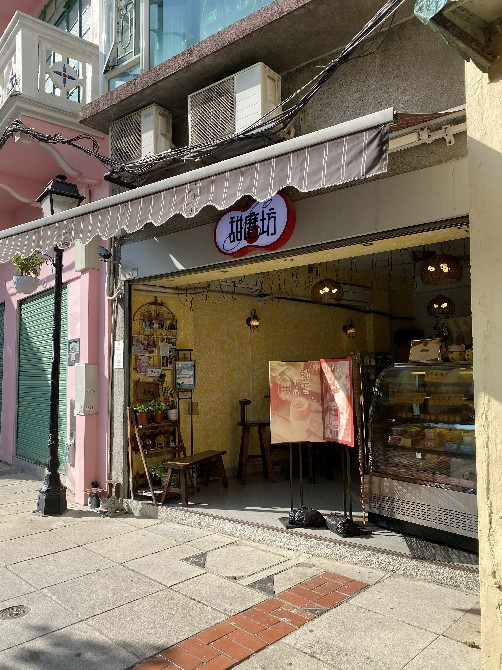 With everyone staying at home to lower the risk of infection, social distancing has helped to obscure the issue of joblessness and financial ordeals some in Macau face.
Sou Kit knows better than most how the unclear unemployment situation can strip away one’s confidence. He has worked in the VIP gaming sector since he was 18. It was a fancy job – until it came crashing down in 2020.
Shortly after the first Covid-19 case was reported in Macau, Sou was asked by the company to take days off without pay. He has been doing so on-and-off since February.
“I had sat idle at home for months. I felt quite helpless seeing the money draining away,” said Sou, now in his early 30s.
With ample time to burn, he decided to spread his wings in mid-September and open an eatery in Taipa Village that sells food reminiscent of many locals’ childhoods — a dream he had always wanted to pursue but had been too risk-averse to do so.
It was a very long shot, especially at a time when there were almost no tourists in the city at all. Nonetheless, he doggedly used money that he had been saving for a rainy day to open his own business.
His business has been picking up ever since September 23, when the Chinese government recommenced the issuance of the Individual Visit Scheme (IVS) permits for all mainland travellers travelling into Macau. Sou attributed the growth to the increasing number of holidaymakers from China.
In fact, the border between Macau and China was first opened on August 12, when the IVS scheme was reinstated for Zhuhai residents. It was extended to Guangdong Province on August 26.
But Sou, who lives just one street away from Rua do Cunha in Taipa Village and had witnessed thousands of tourists gravitating towards one of the city’s busiest tourist spots for many years pre-pandemic, realized that tourism had not shown any signs of recovery until September, when the IVS scheme was restored for all travelers in China.
“There really are more mainland tourists here [in Taipa Village] after the border fully opened to China. But the volume pales in comparison with that of previous [pre-pandemic] times,” he added.
Macau is a heavily tourism-reliant city. Any decline in tourist flow quickly causes a drop in business revenue. Even though the city’s tourism industry is slowly improving, this will take time — probably longer than expected — for the “tourism money” to trickle down to small and medium enterprises (SMEs).
Sou’s snack shop, which mainly targets local customers, is among the city’s SMEs that have faced prolonged difficulties during the pandemic and are not fully out of the woods yet, despite a noticeable growth in tourist arrivals to the city.
The latest statistics from the Statistics and Census Service (DSEC) vindicate Sou’s observations. In October, Macau saw 581,986 arrivals, up 29.6% month-on-month. Yet on a year-on-year basis, this represented a sharp plunge of 81.9%.
According to the latest survey published by the World Travel and Tourism Council (WTTC), Macau was the city most dependent on tourism in 2018, with over a half, or 50.3%, of its GDP deriving from tourism activities. The city came ahead of the 46.8% for Cancún, 30.6% for Marrakech and 27.4% for Las Vegas.
As far as tourism’s contribution to the job market goes, in 2018 Macau was ranked third globally, with 32.3% of the city’s jobs, or 125,000, directly supported by tourism, as stated in WTTC’s report. 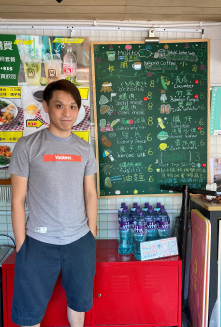 An urgent call for third round of stimulus
In October, Sou received a notice from his previous company saying that they had no choice but to dismiss him due to their sagging finances, which had been crippled by the dual blows of Covid-19 and China’s anti-corruption campaign.
He speculated that his retrenchment may be associated with the expiry of the Subsidy Program for Businesses the gaming operator signed up for more than six months ago. The scheme doled out grants to participating companies, but in return, they were not allowed to let go of their staff within six months without a justifiable reason.
Recently, the society has expressed worry that Macau will soon be hit with a fresh wave of economic distress and new shutdowns across sectors as some economic relief measures are due to wind up by the end of 2020.  The conclusion of the soon-to-end Subsidy Program for Businesses, which was part of the MOP10 billion stimulus package introduced by the government in April this year, is said to be the last straw for local employees.
In the Lawmaker Agenda session on November 19, lawmakers urged the government to launch the third round of economic stimulus in a timely manner to throw a lifeline to SMEs, who are considered more vulnerable than conglomerates.
“The government should be more forward-thinking and start formulating the third round of stimulus, especially the aid targeting the city’s SMEs,” Ho said when addressing other lawmakers in the session.
Lawmaker Lei Cheng I also said that Macau’s economic recovery largely banks on when locals will receive the vaccine, the timeline of which is still unknown. She called on authorities to roll out a third round of stimulus to rectify the city’s climbing unemployment rate.
After being laid off in October, Sou is keen to commit all his time to his new shop.
As a new entrepreneur in a time of crisis, he considers himself relatively lucky, as he created his own business before he was let go from the casino. He also got the chance to convert the ground floor of his house into a store, which saved him large upfront rental and refurbishing costs.
Ho said he’s still not accustomed to his current life as a restaurant owner, which entails waking up early and working till 2 a.m. on some days.
“I raked in money with ease just by talking to the clients at VIP tables. But now, I’m receiving only a few 10s of dollars per transaction by working so hard every day,” he said.
“My life now is tough, yet satisfying, as it is my business,” said Sou, adding that he would like to return to the VIP industry sometime later, but believes the sector will take at least a year or two to return to pre-pandemic levels.

Hong Kong visitors still missing
Another shop owner in Taipa Village, Miss Ho, was also hit hard by Covid-19. Her shop, Tim Mo Fong, has been one of the island’s go-to places for desserts and drinks, and was frequented by local students.
She closed her shop for more than a month right after the government announced it would temporarily close the city’s casinos for two weeks in early February. She made the move to cut costs, as she knew there would be no tourists and most local customers would skip non-essential spending when they sank deep into financial uncertainty.
Her shop reopened months ago and her business has been growing since IVS permits for all mainland tourists resumed.
“However, it is still a far cry from pre-pandemic levels,” she said, adding that Hong Kong, whose residents are now deterred from coming due to the 14-day mandatory quarantine, was her other key source of clientele.
The continual travel restrictions imposed on Hong Kong travellers has been a big blow to her business. Yet she knows the stringent measures could keep Macau safe from the virus, given that there is a fourth wave in the neighboring city. Staff Reporter