STUDY | Medical vouchers prevented fatalities, should be given to TNRs 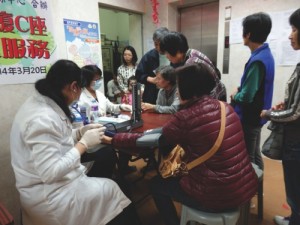 A study conducted by a scholar from Macau University of Science and Technology (MUST) has shown that medical vouchers provided annually to Macau permanent residents have resulted in a 24 percent decrease in deaths triggered by cardiovascular diseases, thus preventing 123 fatalities a year.
Professor Zhang Jing Hua told Lusa news agency that there is a significant link between the date of the program’s implementation and the decrease  in the mortality rate prompted by cardiovascular diseases.
The medical vouchers are provided to Macau’s permanent residents, enabling them to use MOP600 annually in private healthcare institutions.
According to the study, the annual mortality rate triggered by cardiovascular diseases recorded a 24 percent decrease as of 2010, compared to the 2001 to 2009 timeframe, preventing 123 deaths a year.
Praising the government’s medical vouchers program, Zhang Jing Hua also suggests in her study that vouchers should be provided to all citizens, including non-permanent residents and non-resident workers.
She also thinks it would be better to provide additional medical vouchers to groups at greater risk, such as the elderly, people suffering from chronic diseases, or people with obesity.
The scholar chose to study the implementation of medical vouchers on the treatment of cardiovascular diseases as it as a good indicator of Macau’s population health.
Zhang Jing Hua said that since health vouchers are provided to Macau residents for free, citizens schedule health checks or take medical exams that would probably not be conducted if vouchers weren’t provided. Before the government implemented the medical vouchers program, the population of Macau failed to undertake a sufficient number of health checks, she told Lusa.