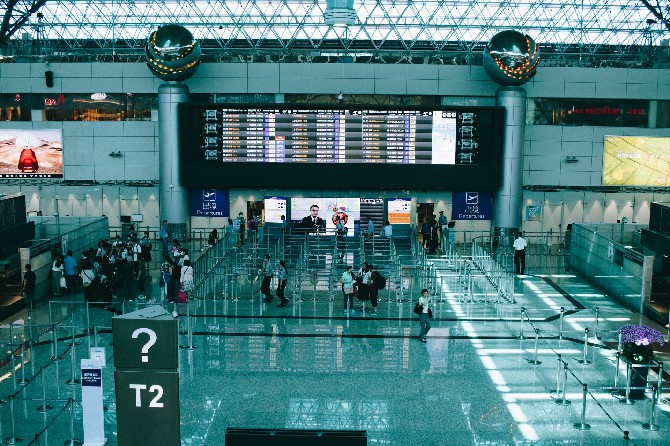 Macau residents who are currently outside of mainland China or the city and wish to return home may now consider taking a stopover at Taiwan’s Taoyuan International Airport, as the air transit suspension currently in place will be eased from March 1, Taiwan’s Central Epidemic Command Center announced yesterday.
The suspension was put in place from January 1 this year as Taiwan’s authorities perceived a higher risk of infection when parts of the world reported mutant strains of the virus.
Despite the lifted suspension, not all will be allowed to make a transit stop in Taiwan. Passengers who attempt to do so must be connecting to a flight operated by the same airline group or company. Meanwhile, their layover period must be no longer than eight hours. Should a delay take place, special arrangements will be engaged.
On the other hand, entrants from low to mid-low-risk areas can apply to shorten their quarantine upon arrival in Taiwan, authorities announced.
However, non-Taiwanese will only be allowed to enter for purposes other than tourism and ordinary social visits. Even so, they will need to apply for a special visa from Taiwan’s foreign office.
Residents of mainland China, Macau and Hong Kong will be considered separately. They will be allowed to enter Taiwan on humanitarian or emergency grounds, such as visiting a terminally ill relative.
They will also be allowed into Taiwan if they need to fulfil a commercial contract, conclude an internal transfer within an international enterprise, or are incoming students, etc.
All individuals trying to enter Taiwan must possess a negative SARS-CoV-2 test result issued within the preceding three days.
According to Air Macau timetable, as of press time yesterday, the local flag-carrier will only conduct two roundtrip flights between Macau and Taiwan in March.
As for the other two Taiwanese airlines that serve Macau-Taiwan routes, Starlux Airlines has two roundtrip flights between the regions per day for the first two weeks of March. Considering that Starlux operates flights to and from Malaysia, Thailand, Vietnam, the Philippines and Japan, returning Macau residents will have more options on their way home.
EVA Air, on the other hand, has only released the timetable for the first four days of March. For the time being, it will only operate one roundtrip flight between Macau and Taiwan on March 1.