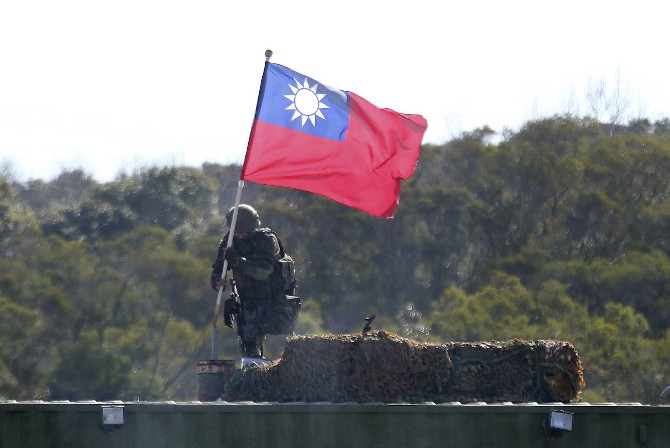 Four retired Taiwanese military intelligence officials, including a major general, were indicted after being accused of providing sensitive information to China – which includes making multiple trips to mainland China and Macau.
On Saturday, prosecutors in Taiwan charged the four former employees of the Military Intelligence Bureau (MIB) for breaching the National Security Act and the National Intelligence Services Act.
The quartet were reported to have provided Beijing a list of bureau personnel and other classified materials while attempting to recruit colleagues to develop a spy network to access and obtain sensitive materials for the Chinese government, Taipei Times reported.
Two Taiwanese former colonels were recruited by a Chinese national security official in the southern province of Guangdong, the government lawyers said, and had been introducing several colleagues to the official since 2012.
The former major general surnamed Yueh was among those introduced.
In a statement, prosecutors noted that Yueh received cash, gifts and free excursions during multiple trips to mainland China and Macau, and worked to recruit other officers to “develop an intelligence network” for Beijing.
Prosecutors also said that the accused “were aware of the standoff between our country and the Chinese communists […] but they coveted illegal gains such as the perks [offered by China] to do business there, the financial rewards and free trips.”
It started in 1999, when Chang, currently also indicted, befriended a Chinese security official surnamed Wei based in Guangzhou, who then recruited him to spy for China after being enticed with money and travel.
One of the indicted surnamed Chou, was later on recruited as well.
After Chang and Chou’s retirement, the duo made numerous trips to China since 2012 on the pretext that they were on personal or family vacations.
However, this was the time that they met with other Chinese intelligence officers.
The duo then persuaded Yueh to meet Wei in Macau after finding that Yueh had plans to visit his family in China.
In 2012, the trio flew to Macau and met Wei to identify over 20 MIB agents from photographs.
Yueh was reported to have received HKD6,000 and other gifts after agreeing to provide other information from the bureau’s operations.
Chang in 2016 then recruited another former retired employee from MIB to join the operation.