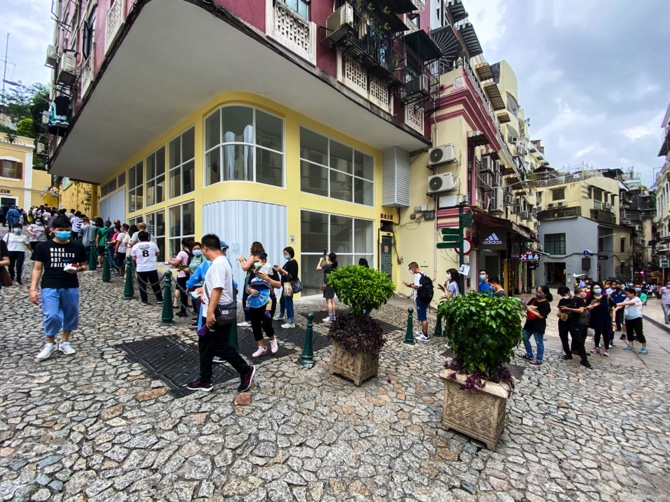 The number of Covid-19 confirmed cases in Macau has risen to a total of 36, the director of the Health Bureau (SSM), Dr. Alvis Lo, said yesterday during a press briefing from the Novel Coronavirus Response and Coordination Center.

According to the health official, at 4 p.m. yesterday the authorities had confirmed a total of 36 cases, of which the large majority (26 cases) are people not presenting, for the time being, any symptoms of the disease.

The other 10 cases are people with some respiratory symptoms, although very light ones, Lo said. For the time being there were no severe or concerning cases reported.

Lo also revealed that the authorities have divided these cases into two different groups or clusters, and epidemiologic investigations have already found links between the two groups, indicating that the infections are related.

Although the source of the outbreak is not yet confirmed, the authorities have determined that the clusters are related to a worker at a roasted meats shop located at the Rua da Emenda, near the Sacred Heart Canossian College (SHCC).

According to additional information provided by the coordinator at the local Center for Disease Control and Prevention, Dr. Leong Iek Hou, the first cluster is comprised of 23 people and is related to the Yim Lai building at Rua Manuel de Arriaga. The second cluster (13 people) is mostly related to people living at the Tat Cheong building at the Rua de Afonso de Albuquerque, a street that is a continuation of the first one.

According to an attempt to reconstruct the situation and explain the clusters and the links between them, the health authorities noted that several positive cases were clients of the roasted meats store or passed it frequently, whereas the second cluster has links to a fruit and vegetable store located across the street from the roasted meats store.

The cases spread since several of the workers involved have links to a restaurant in the Nam Van area. The latest cases detected were a client of this restaurant and her daughter.

“We found a link between these two groups that are also related to a case confirmed in Zhuhai. A person that works at the roasted meats establishment at the Rua da Emenda. Several of the infected people were frequently at this place. We can’t tell at this moment who was infected first, but we believe that this worker took the [Covid-19] virus home and passed the virus to their housemates,” Leong said. “The second group has links to a fruit shop across the street with a family member in the second group […]. This is what we have been able to ascertain so far but we are still investigating,” added Leong. 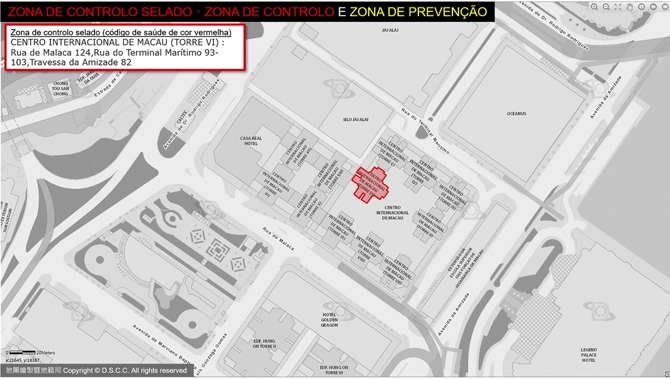 The number of cases detected at the different locations of their homes or workplaces has made the number of “red zones” of confinement grow to 11. These include the two buildings already mentioned, as well as the restaurant in Nam Van, the Lam Kei Roasted Meats store, the Parkway Mansion – Block 2 building, the Centro Chiu Fok at Rua de Pedro Coutinho and the Lake View Garden building in Macau, as well as the Flower City – Lei Pou Kok building in Taipa. 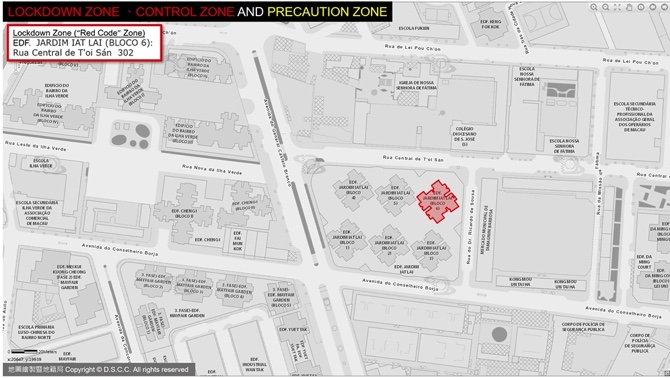 Five other buildings in the surroundings are also considered under the “yellow zone” of confinement.

All 36 cases have been transferred to the Public Health Clinical Centre in Coloane to undergo observation and treatment in isolation, Leong said. 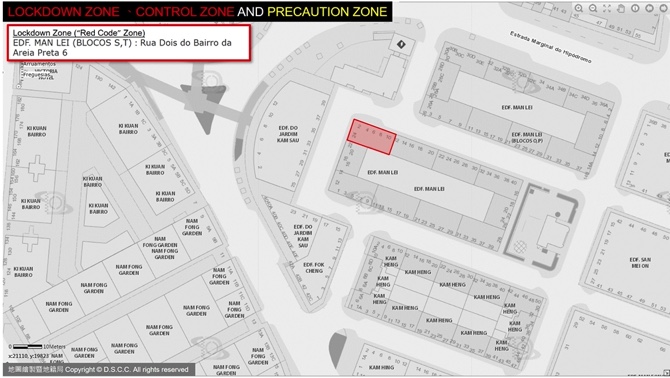 Almost 1,000 people being traced as contacts

At the same press briefing, Leong said that currently, some 941 people are being traced by the health authorities concerning the 36 confirmed cases. She indicated further that this figure might grow exponentially, since one of the confirmed cases, the wife of a prison guard who also tested positive, is a teacher at the Hou Kong Primary School and has had contact with several classes of students from the school.

Additionally, the couple’s daughter, also infected with the virus, attends kindergarten classes at the SHCC, leading the authorities to further investigate the K1 and K2 classes of this institution.

Questioned on the topic, Leong could not be precise about the number of people who may be put under further investigation by the authorities, but she hinted that it could amount to a few hundred.

“The wife of the prison guard is a teacher at the Hou Kong School – Primary section. As she is confirmed to be tested positive, the students are being put under observation. We are at the moment collecting more detailed information as to whether all the students will need to be quarantined or just some of them. Their child studies at Sacred Heart Kindergarten [SHCC] so all the staff need to be observed and potentially also those who frequented a study center she was attending as well,” Leong said.

“For the Hou Kong [school], the number is quite high as the teacher deals with many students. We are doing a risk evaluation as this may involve a few hundred students. For the SHCC, I can’t give a precise number, but it involves K1 and K2 classes that generally have about 30 students each,” Leong added.