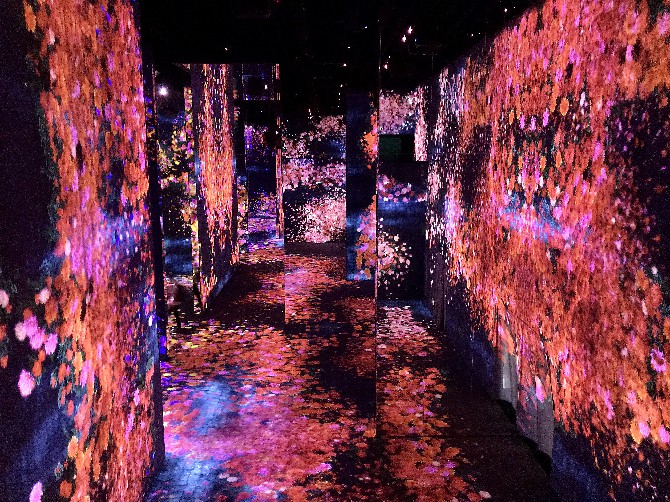 TeamLab SuperNature Macao, an interactive experience, will hold a soft opening today at The Venetian Macao, featuring cutting-edge art installations in a massive, three-dimensional space. According to Sands China, teamLab SuperNature Macao represents one of its largest investments in non-gaming attractions.  It is a permanent exhibition at The Venetian Macao’s Cotai Expo. At over 5,000 square metres of labyrinthine floor space and with eight-metre high ceilings, the museum presents a series of installations and digital artworks that is only premiered in Macau.
Highlights include artworks such as Valley of Flowers and People: Lost, Immersed and Reborn and Inverted Globe Graffiti Nature – Red List. These installations allow visitors to explore new perceptions of the world and the relationship between humans and nature.
Initially, teamLab SuperNature was supposed to open in February 2020.
Previously, in an interview with the Times, the founder of teamLab, Toshiyuki Inoko, said that the museum in the city is the fourth largest museum the company has built.
“We have the teamLab Borderless museums in Shanghai and in Tokyo. However, the one that we are going to launch here will have a different concept from that,” said Inoko.
“It is rather closer to teamLab Planets, which is another museum in Tokyo, where visitors will be immersed in extremely immense artworks with their entire bodies. This will be a group of artworks and extremely large artworks – that is going to be the uniqueness of this exhibit,” he added.
Previous teamLab exhibitions have been included on Time Magazine’s “The World’s 100 Greatest Places of 2019” list, and awarded “Top 10 Art Exhibitions” for 2015 – 2018 by designboom. LV