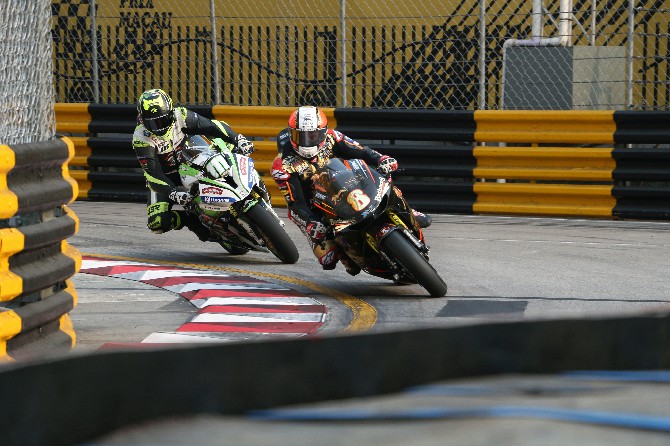 The 54th Macau Motorcycle Grand Prix initially scheduled to take place in November during the Macau Grand Prix has been canceled, participants told the Times.
According to some of the participants of this year’s event, who requested not to be named, they were informed of the cancellation by the Macau Grand Prix Organizing Committee (MGPOC) late last week via a phone call. The cancellation is due to the insufficient number of entries.
The acknowledgment by the participants confirms the information first reported by the Times in mid-September, which noted that this year’s last headliner event was at a serious risk of being canceled.
The insufficient number of participants is the result of the border restrictions imposed by the local government on racers and their respective teams, which include a mandatory 14-day quarantine upon arrival.
As the Times reported at the time, a large number of riders who were eligible to participate in this year’s event said that the 14-day quarantine, proposed by the local authorities as a Covid-19 prevention and control measure, would be prohibitive.
The number of riders and teams who expressed their withdrawal from the event has grown since then. A recent tally by Macau Daily Times found at least 16 out of the 27 eligible racers had already declared themselves not participating in the race.
The MGPOC had told the times that it acknowledged that several participants from the 67th local Grand Prix were “facing difficulties to participate in the event this year,” noting that the organizing committee was in “close communication with drivers and riders and their respective teams with regard to the participation in this year’s Macau Grand Prix.”
The MGPOC has not disclosed any contingency plan in the event that the entry turnout was insufficient for the race to go ahead, leaving further explanations and details for a press conference to be held this month.
Due to the same reason, this year’s event will not stage the most highlighted races in Macau – Formula 3 (F3). In replacement, the MGPOC has already announced a race from the Chinese Formula 4 category.
During the latest meeting of the World Motor Sport Council, held on October 9, a resolution was approved by the Council members regarding the Fédération Internationale de l’Automobile (FIA) F3 World Cup.
The FIA stated that, “The FIA has been notified that the current restrictions on visitors entering Macau for the Macau Grand Prix will remain in place for the originally scheduled date of the 2020 FIA F3 World Cup and therefore acknowledges that the event cannot take place. The FIA looks forward to continuing to work with AAMC (Automobile General Association Macao-China) with the aim to maintain the FIA Formula 3 World Cup.”
Other events canceled this year include the FIA World GT Cup and the FIA WTCR, both replaced by China-based competitions under the same technical specifications.