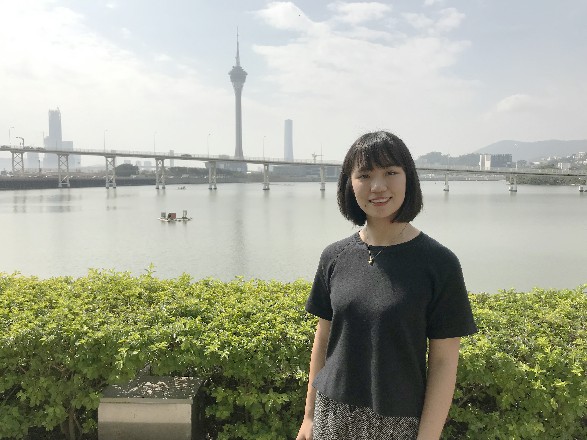 Venus Loi, one of the organizers of TEDxSenadoSquare

Macau’s own TEDx event returns for its second edition this year, but this time online.
Due to the widespread Covid-19 across the globe, this year’s TEDxSenadoSquare was moved online in order to avoid complications about social distancing and travel quarantines.
It’s a new exercise not only for Macau but also for the team to move the event online. But this is not the sole challenge facing Venus Loi, one of the organizers of the event.
Loi admitted that they are not particularly experienced in hosting online events, but they consider it a valuable opportunity to learn how to do so.
A bigger problem is curating an event that attracts the interest of the public.
“I think the audience base is a real challenging factor,” Loi said, referring not to the size of the population which would be attracted to a TEDx talk, but the particular interests and demographics of the audience.
In contrast to a TED talk, which generally focuses on larger topics, a TEDx talk is more localized and has a more independent approach, said Loi.
“It’s not like a technology seminar that focuses on a sole topic,” Loi explained. “A TEDx event can have all [different] topics in one event.”
She said the open-mindedness of the audience is the key to making the event meaningful. “For example, the audience may be presented with a completely unfamiliar topic within the rundown,” she said. “Their losing focus is something we try to avoid.” In her opinion, audience members should have a mixed mindset and embrace various disciplines.
Because of the nature of TEDx talks, the organizer thinks it possible to gather a fully localized speaker lineup. The fame of the speakers is not part and parcel to receiving an invitation.
“Speakers don’t necessarily have to be the owners of a large enterprise or a high-ranking government official,” Loi explained. “Fame doesn’t [predict whether an invitation is extended] but content does.”
“At other TEDx events, even students can take the floor,” Loi added. “That’s why I believe it’s possible to make an event with a full local speaker lineup. We can even do it now.”
In her opinion, the key is what a speaker is capable of presenting, as much as how they do so.
“It may be completely normal for some speakers to present professional, technical or complicated concepts, such as computer arithmetic or algorithms,” she said. “This may be what they do every day.”
But for lay people, it may be too incomprehensible and cause them to lose interest. “That’s why we need to work with the speakers to determine a suitable angle or topic,” she explained.
The organizer further explained she needs to remind speakers to focus on a topic that is appealing to Macau audiences, in addition to meeting the 18-minute TEDx talk time allowance.
“In addition, some speakers are knowledgeable in several areas, so we need to discuss with them so that they will focus on a single area,” Loi explained. “We will also work on their pacing from scratch.”
TEDxSenadoSquare will be held on Sunday, August 9, between 2 p.m. and 4 p.m. More information can be found on the organizer’s website and social media pages.