The quietest day of the year 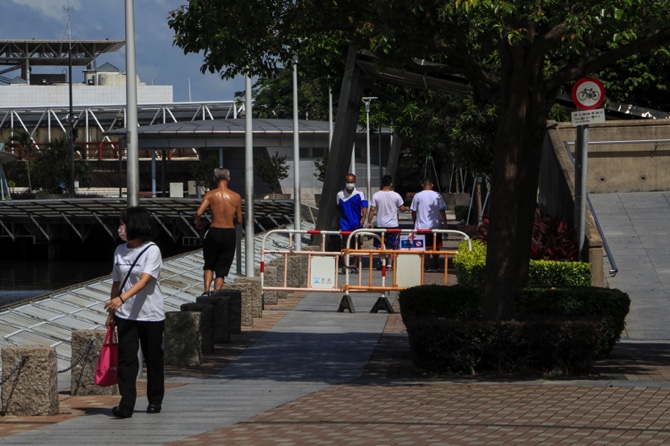 Yesterday was probably Macau’s quietest day of the year so far, with the city coming virtually to a standstill.

Following the guidelines laid out by the Novel Coronavirus Response and Coordination Center at Tuesday’s press briefing, most companies and businesses closed their doors for the day, with some even posting signs stating that they intend to be closed until June 24 (Friday) at least.

As the Times strolled around the city observing the traffic, or lack thereof, the number of closed gates in local stores became innumerable. 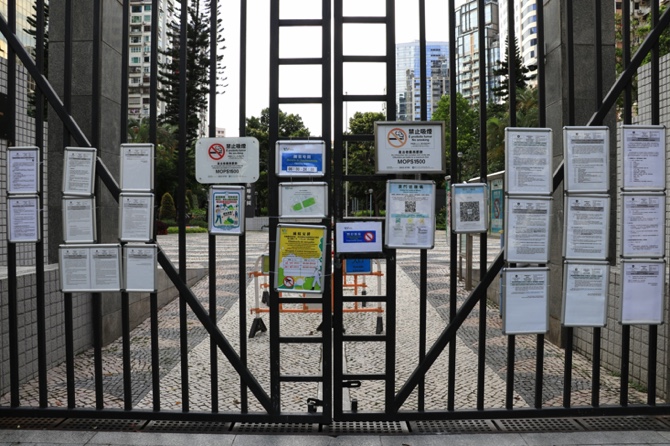 On the other hand, the number of people walking on the sidewalks was so reduced that it almost became quantifiable: a strange scene for a mid-weekday during rush hour.

On the streets, and besides public transport, operating with almost no passengers, most of the vehicles circulating were either scooters from local food and grocery delivery companies or ambulances, police vehicles, and even some unmarked government vehicles, driven by people in full Personal Protective Equipment.

Also following the government’s instructions, most of the Food and Beverage establishments were only accepting takeaway orders, almost exclusively picked up by the delivery companies. Some establishments even opted to close completely to wait for a more profitable business day and some others decided to take advantage of the lull for deep cleaning and disinfection to occupy their staff for the day. 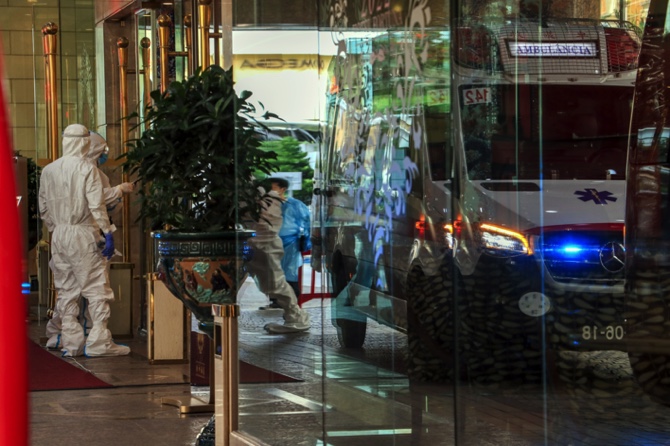 With schools closed, some children were seen in the company of their parents, trying to convince the adults that “it was okay” to pass under the taped line to play on the slides and other playground equipment. Nonetheless, the adults appeared unconvinced by such entreaties and tried to distract them with other activities.

The ordinary hustle and bustle of the city yesterday seemed to have been limited to only a few localized spots: the posts where the nucleic acid tests for specific categories of people were taking place, and above all, the Conde de São Januário Hospital Center (CHCSJ) and the buildings that were classified as red zones of confinement.

Of those, the larger congregations were seen at CHCSJ, where many people were taken whose Rapid Antigen Tests, taken at home, yielded positive or inconclusive results; and at Hotel Fortuna, where health authorities, firemen, and police constantly entered and exited the building while successive ambulances arrived at the main door. 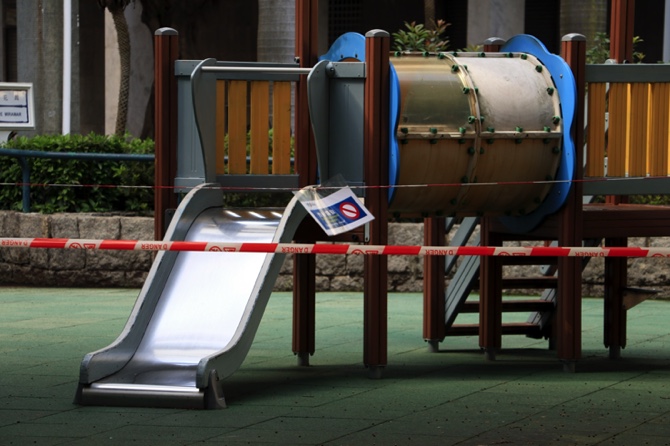 Some not so compliant

While most of the population seemed to comply strictly with the guidelines of the health authorities, others appeared to be unwilling to comply and decided to treat it as a normal day, even while signage, police lines, perimeters, or barricades stringently forbade the public from crossing.

At Guia Hill fitness walk, for instance, a few people were seen defying the instructions marking the venue as “Temporarily Closed” and continuing their jogging and physical exercises as usual.

A similar sight would have met anyone walking down to the Reservoir loop and the adjacent playground facilities, where several people were also continuing their regular fitness and leisure activities, taking advantage of the lack of security in the area.

In the name of truth and accuracy, it must be said that in both cases, not many people were seen defying the rules, and most of them were keeping an adequate distance from each other.