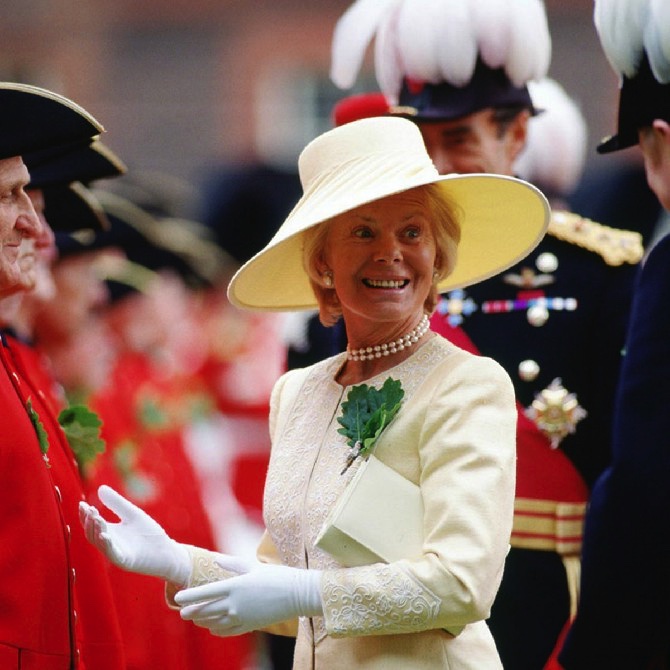 The Duchess of Kent has become the first member of the Royal Family to convert to Catholicism for more than 300 years.

The duchess was received into the Catholic church in a private service conducted by the Archbishop of Westminster, Cardinal Basil Hume.

An act of parliament in 1701 banned heirs to the throne from being or marrying a Roman Catholic.

The duchess’ husband is the queen’s cousin and 18th in line to the throne.

The duke’s office said the duchess’ conversion would have no constitutional implications as she was an Anglican at the time of her marriage.

In recent years both the duchess’ brother-in-law, Prince Michael of Kent and her son, George, have married Roman Catholics and renounced their right of succession to the throne.

A spokesman for the duchess stressed that her conversion had nothing to do with current issues facing the Anglican church.

He said: “This is a long-pondered personal decision by the duchess and it has no connection with issues such as the ordination of women priests.”

But some priests believe interest among the aristocracy has been spurred by recent Anglican departures from tradition.

Father Charles-Roux of St Ethelreda’s in Holborn, central London, said many were not happy with the direction the Anglican church was taking.

“There’s been a major change in their tradition and the people who belong to that tradition go back to what they are familiar with. They look for support in Rome,” said Father Charles-Roux.

But in a statement Cardinal Basil Hume stressed the duchess’ decision was a private matter.

“We must all respect a person’s conscience in these matters, and I know that the duchess recognises how much she owes to the Church of England for which she retains a genuine affection,” he said.

The Church of England’s decision in 1992 to allow the ordination of women priests sparked several high profile conversions to Catholicism including Conservative politician Ann Widdecombe.

In recent years there have been several calls by MPs and Lords to repeal the 1701 Act of Settlement barring Catholics from the throne but the government has repeatedly insisted such a move would be too complex.

But there has been a growing public rapprochement between the monarchy and Catholic church.

The Queen greeted the Pope at Buckingham Palace in 1982 and in 1995 became the first monarch since the 17th century to attend a Catholic service.