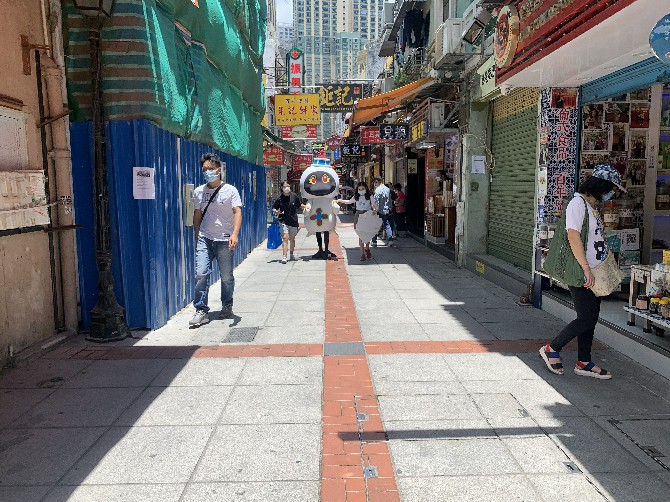 The city’s tourism board is expecting a decline of over 90% in tourist arrivals for the whole of 2020. The SAR government is not expected to relax its current entry restrictions anytime soon, meaning that it may be some time before the tourism industry recovers.
Macao Government Tourism Office (MGTO) director Maria Helena de Senna Fernandes told the press on the sidelines of an event, “we estimated that compared with last year, the decline for this year should be over 90%.”
Official data shows that the region has only welcomed 3.57 million visitors between January and August this year. The majority of visitors arrived in January, before Macau tightened entry restrictions.
The figure represents a decline of 87% compared to the same period last year.
The city has seen a decline in tourist arrivals since the pandemic began. Even after the reinstatement of the Individual Visit Scheme, arrivals were still low compared to the expectations of local businesses.
The MGTO, however, was careful over projections for visitor arrivals, even during Golden Week, which is typically one of the city’s busiest periods of the year.
The average number of daily tourist arrivals was around 19,000 during the long national holiday.
According to Fernandes, this year’s Golden Week tourists cannot be directly compared with the past as the city has strict restrictions in place, noting that residents from Hong Kong and Taiwan are not exempt from the 14-day quarantine period.
Applications for travel endorsements to the mainland are still inconvenient for Chinese residents compared to the pre-Covid-19 situation.
The SAR received a total of 156,000 tourist arrivals during the national holiday, a plunge of 86% compared to last year’s holiday.
Last year, about 794,000 mainland residents visited the city during the seven-day holiday, from a total of nearly 1 million visitors.
Despite the sluggish tourism restart, Fernandes believes Macau residents would not want to see the government relaxing the current entry restrictions as many are still concerned about the pandemic.
She added that the government’s current priority is to safeguard the health of the public.
Regarding existing entry policies, Chief Executive Ho Iat Seng has previously said the government has maintained close communication with the National Health Commission regarding any scientific reasons that might allow for the relaxation of entry policies in Macau.
Prior to the Covid-19 outbreak, Fernandes had said that Macau visitor arrivals would drop by 3% in 2020, adding that this could be due to the trade war or other external factors.