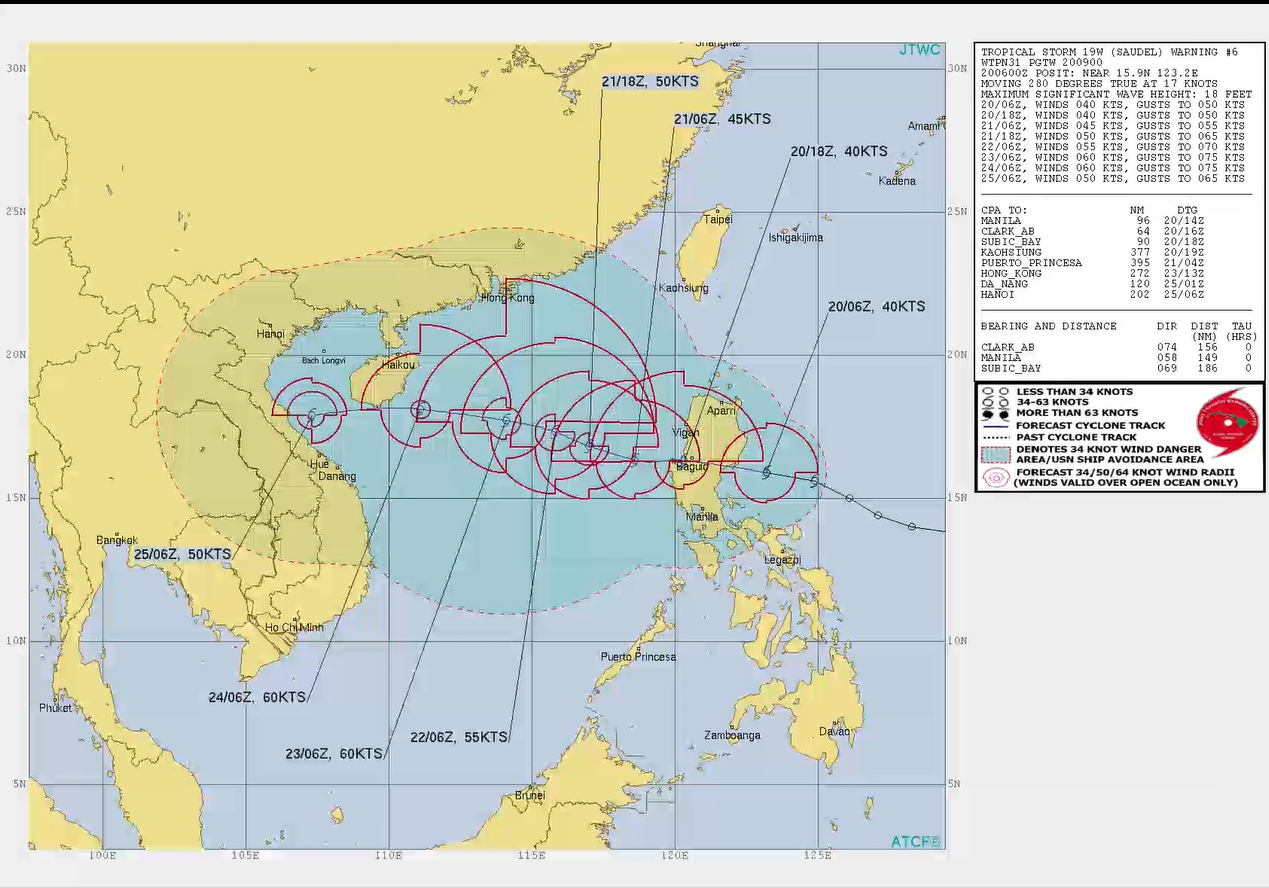 The weather system that has recently strengthened and been named tropical storm Saudel is not likely hit the Pearl River Estuary directly, the Meteorological and Geophysical Bureau (SMG) forecasts, alongside several other global and regional weather services.
Yesterday afternoon, tropical storm Saudel was located over the sea to the east of the Philippines. It is expected to enter the South China Sea tomorrow and move westwards across the middle of the South China Sea, says the SMG.
The SMG reminds residents to prepare for the northeast monsoon, which will affect Macau later this week. The northern winds are expected to strengthen and it will be slightly dry and cool. The public is advised stay alert to the change in the weather.
A report yesterday by the Hong Kong Observatory stated that Saudel would move across the Luzon peninsula and enter the central part of the South China Sea over the course of yesterday and today.
The weather service forecasts that the system will then move westward in the general direction of the central part of Vietnam and area south of Hainan Island.
The European Centre for Medium-Range Weather Forecasts (ECMWF) and the Joint Typhoon Warning Center (JTWC) made similar predictions.
The local weather service is remaining vigilant and noted that the forecast path and intensity of the cyclone are still uncertain. The SMG pledged to continue monitoring the system.
The JTWC estimates the maximum sustained wind of the system is expected to be about 111 km/h at its peak, as it moves towards the south coast of Hainan Province.
The Hong Kong weather service estimates that based on its current path, the cyclone will remain some distance from the Pearl River Estuary, “posing no direct threat to the territory [on] October 21,” the observatory noted.
“Thereafter, depending on the track of Saudel and the changes in local wind strength, the observatory will consider whether to issue the Standby Signal, No.1,” the weather service added.
As for Saudel’s impact on the region, both the Philippines and Vietnam are bracing for potentially damaging wind and rain. In Taiwan, the cyclone is expected to bring moisture to the northern part of the island, and will further cool the region to 16 degrees Celsius over the coming weekend.