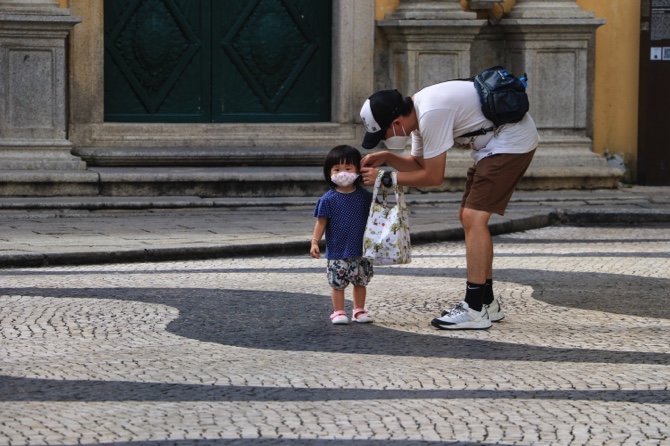 Yesterday Macau recorded its eight consecutive day without any new reported Covid-19 infections within the community, and the second consecutive day of zero cases in people under the observation of health authorities.

Analysis of the daily results complemented by explanations from the same authorities also show that, although the number of days without community cases was nine, no significant positive cases have been reported since July 19, that is, 13 days ago.

The tally of positive cases resulting from the June 18 outbreak stands at 1,821, of which over 75% have already been released from medical care.

During yesterday’s press briefing from the Novel Coronavirus Response and Coordination Center, the coordinator of the local Center for Disease Control and Prevention, Dr. Leong Iek Hou, announced an additional release from medical observation of another 76 people related to 35 previously confirmed cases that are considered recovered, as well as some 41 asymptomatic cases that had been placed under isolation as a precautionary measure.

Leong also noted an increase in the number of people entering or returning to Macau in the last few days, noting the need for the authorities to keep focused and apply strict measures so there is no chance of this movement of people resulting in a new outbreak.

A first batch comprising nine schools will cease operation as nucleic acid test (NAT) stations from today. They will be replaced by eight new posts, the representative of the Education and Youth Development Bureau (DSEDJ), Luis Gomes, said at yesterday’s press briefing.

As the same official explained, the measure is to allow enough time for the institutions to prepare for the new school year.

“We currently have a total of 23 schools and academic institutions being used as NAT stations; to prepare for the upcoming school year we are gradually replacing these venues.  From August 1 we have nine schools that will be released from those duties,” Gomes said, adding that the schools will be replaced by eight new NAT stations which include four new outdoor sample collection booths as well as new four general NAT venues.

Gomes also noted that on August 3 and 5, DSEDJ will make a further announcement regarding other schools that will also cease to be NAT stations.

The new general NAT venues will operate every day from 8 a.m. to 10 p.m., at Mong Ha, Fai Chi Kei, ZAPE and the Old Court building in central Macau, while the outdoor NAT booths will operate from 7 a.m. to 11 a.m. and from 4 p.m. to 10 p.m. in several public squares including the Triangle Garden and the leisure area near Pérola Oriental bus terminus.

Domestic workers to continue ‘staying in’

In response to an inquiry from the media, the coordinator of the local Center for Disease Control and Prevention, Dr. Leong Iek Hou, said that, for the time being, “it is best that domestic workers continue to live in the homes of their employers,” adding that authorities plan to adjust this measure when the “situation is better” and it is “safer” to do so.

For now, the call for employers to keep all domestic workers living permanently in their home remains unchanged.