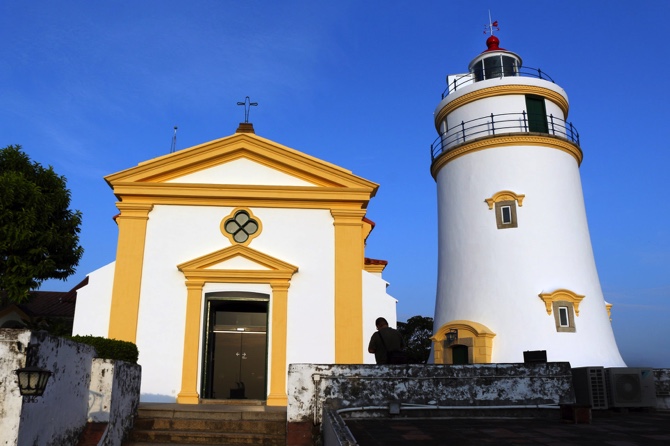 A group that has been calling for the safeguard of a prominent element of Macau’s heritage has announced that UNESCO will bring the matter to Beijiing in accordance with the Operational Guidelines for the Implementation of the World Heritage Convention.

In 2020, the concerned group pressed for further action to protect the views from and of the Guia Lighthouse during a meeting with the government.
Of particular concern to the group is the height clearance on Avenida do Doutor Rodrigo Rodrigues. Currently, pursuant to the Executive Order 83/2008, the clearance is set to 90 meters.
The group said that the height limit of 90 meters for the buildings under construction and the buildings to be built along the Avenida do Dr. Rodrigo Rodrigues is insufficient to maintain the visual integrity of the Guia Lighthouse.

In the most recent statement released earlier this week, the group noted that the “Chief Executive Directive 83/2008 cannot be violated and the Chinese and Macau governments’ commitment to reduce the height of this unfinished building to 52.5 meters should be respected.”

“The revised project of the unfinished building at Calçada do Gaio will be closely monitored to make sure that it will strictly follow the height limit of 52.5 meters,” it added.

The group pledged that attention would be paid to the progress of the detailed urban design and conservation planning study for the length of the Avenida do Dr. Rodrigo Rodrigues, to be undertaken by the Macau government.

“These two critical issues will be treated as a matter of high priority,” the statement read.

Last week, the group sent a new letter to UNESCO, noting that the ideal solution would be to reduce the height of the building to 52.5 meters, adding that UNESCO has already requested that the design of the upper floors of the building be revised to be more transparent and less bulky, in order to lessen their visual impact.

In the first approved plan of the government, the building was set to reach up to 126 meters above sea level.

Despite being the natural highest point on the Macau Peninsula, the summit of Guia Hill is only about 90 meters above sea level.

After years of debate, the builder agreed to lower the height to 81 meters, although many still consider this too tall. With the height reduction, the building will be reduced from 36 floors to 19.

The builder has also agreed to eliminate unnecessary structures on the rooftop so as to further shorten the building.