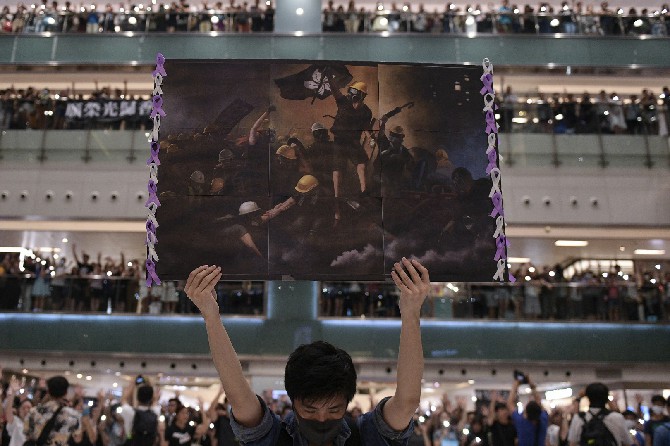 The World Press Photo Exhibition 2020 kicked off in Macau last Friday at Casa Garden, its usual venue. According to organizers, it is the only city in Chinese territory to host the exhibition this year.
This year’s exhibit is considered sensitive by many because one of the stories and nominees for World Press Photo Story of the Year portrays the social unrest in Hong Kong.
The events began at the end of March 2019 in response to government proposals to amend existing legislation and allow extradition to mainland China. Anti-government demonstrations gathered momentum over the following weeks, fueled by the unification of several pro-democracy groups. Youth, mainly students, played a large role in the street protests, human-chain rallies and other activities.
Earlier speculation that Macau would not display these images at the World Press Photo (WPP) event in the SAR are now proven incorrect. This year, it is the only city or region in Chinese territory where the exhibition is being held.
In a previous statement to the Times, the World Press Photo Foundation, which is responsible for the worldwide contest and exhibitions said they did not exclude the possibility of other Chinese cities joining the exhibition program at a later stage.
“Regarding exhibitions in China, we are in talks with exhibition partners and hope to confirm new locations soon,” the Foundation said.
In previous years, several Chinese cities have been involved in the exhibition. According to data from organizers, China is one of the top three countries from which photographers submit their work to the annual contest.
Organized in Macau since 2008 by local partner and Portuguese association Casa de Portugal em Macau (CPM), this year might be the exhibition’s last in Macau. According to statements from CPM president Amelia António, the association might have to suspend the 2021 exhibition.
As the Times reported in 2017, the contract between WPP and CPM ends this year.
Over the years, CPM has reported difficulty in continuing to bring the exhibition to Macau, since it represents a “significant” part of the association’s budget.
According to the association, bringing the exhibition to Macau costs around MOP200,000 annually. 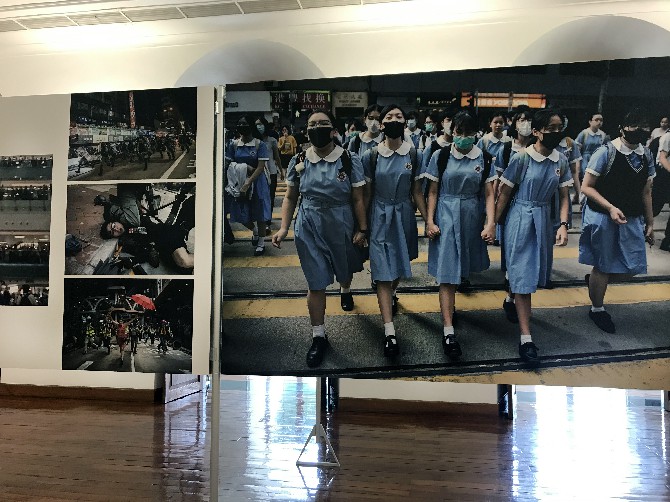 Protests and natural catastrophes
This year’s exhibition highlights protests from people around the world, as well as environmental and weather-related catastrophes.
This was the motif of this year’s grand winner, Agence France-Presse photographer (AFP) Yasuyoshi Chiba.
In a photo titled “Straight Voice,” Chiba photographed a young protester in Sudan reciting protest poetry illuminated by the light of mobile phones, while other demonstrators chant slogans calling for civilian rule, during a blackout in Khartoum, Sudan.
The protests in the northeastern African country began in December 2018. By April 2019, protesters were staging a sit-in close to army headquarters in the capital, demanding an end to the 30-year rule of dictator Omar al-Bashir.
After a military coup removed Bashir from the government, the protests continued, causing an undisclosed number of deaths and injuries.
Authorities sought to defuse the protests by imposing blackouts and shutting down the Internet. Protesters communicated by text message and word of mouth, as well as used megaphones to continue to resist military rule.
In mid-August, the pro-democracy movement was eventually successful in signing a power-sharing agreement with the military.
Chiba is no stranger to the WPP competition, winning it in 2009 and 2012.
In the category of World Press Photo Story of the Year, photographer Romain Laurendeau won the award with a long-term project titled “Kho, the Genesis of a Revolt.”
The series followed youth in Algeria, who make up more than half of the population of the northern African country. According to UNESCO, Algeria possesses one of the highest youth unemployment rates, as with 72% of unemployed people being under the age of 30.
Laurendeau tells the story of the deep uneasiness of youth who dared to challenge authority and inspired the rest of the population to join, giving birth to the largest protest movement in Algeria in decades.
In February 2019, thousands of young people from working class neighborhoods took to the streets again in what became a nationwide challenge to the reign of long-time president Abdelaziz Bouteflika.
AFP photographer Nicolas Asfouri was also nominated in this category.
Asfouri presented a series titled “Hong Kong Unrest,” headed by a photo of a young man holding a poster in Shatin, Hong Kong, as other protesters gathered around singing “Glory to Hong Kong.” The protest song gained popularity in the city as the unofficial anthem in the clashes against the government of Chief Executive Carrie Lam. 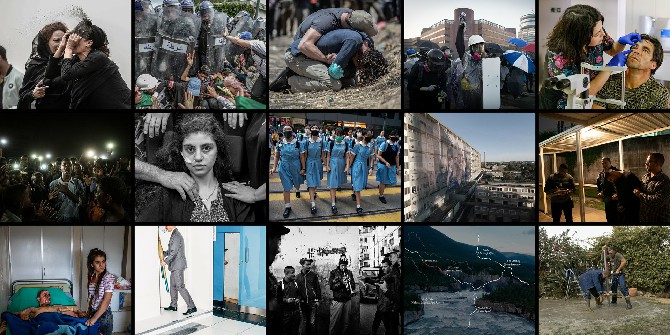