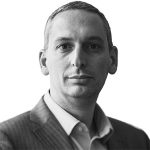 All the things that allowed China’s internet innovators to become big, powerful and hugely profitable are under threat. The implications are chilling for established players.
Draft rules detailed by China’s antitrust watchdog Tuesday are aimed at rooting out monopolistic practices among internet companies, Bloomberg News reported. That could be invigorating for potential challengers to industry leaders such as Alibaba Group Holding Ltd., Tencent Holdings Ltd., Meituan and Baidu Inc.
Take Alibaba. The Hangzhou-based company has a side gig selling cloud computing services, which has posted chronic operating losses as the company chases customers and market share. The huge profits of Alibaba’s legacy e-commerce business have helped to buffer these losses, which widened 23% last year to $1 billion. The new rules could conceivably put an end to that kind of subsidization, forcing the company to raise prices and churn a profit, or even divest the business altogether.
Delivery and booking service giant Meituan could also be in regulators’ sights. Within a year of its Hong Kong listing, Meituan managed to turn profitable thanks to its deep knowledge of consumer habits, which it could then leverage to sell ads to vendors who use its platform. That, too, could be in jeopardy under the antitrust rules, which would restrict the use of such data to target specific customers.
Games and social-networking company Tencent, e-retailer JD.Com Inc. and search provider Baidu  may also face scrutiny, given the size and dominance they have in their respective niches.
Beijing’s goal may be to clear the decks for fresh companies to enter.
A challenger in the cloud business would struggle to compete if Alibaba, with $60 billion in cash and equivalents, can just keep undercutting it until the new entrant runs out of money. In a market without competition rules, predatory pricing is just regular business.
With data being almost as valuable as cash, companies like Meituan and Tencent have a distinct advantage because they know more about the market and consumers than any newbie that wants to hang out its shingle and start offering services. Throttling that data flow could help even the playing field.
It’s possible this intervention will add fresh energy to an internet market that has passed its growth heyday, exacerbated by a slowing of the Chinese domestic consumer sector and the pandemic-hit global economy. It may also let Beijing shepherd in a new crop of companies that better align with its economic and political goals, which include tighter control over information and money flows.
The nixing last week of Ant Group Co.’s much-anticipated listing is evidence that not even the world’s biggest IPO is immune to regulatory change. In Ant’s case, the concern was over the fintech giant’s risk management and market dominance.
Hints as to Beijing’s goal can be seen in plans to require variable interest entities to get operating approval. For more than a decade, VIEs have existed in a legal gray area that lets Chinese companies skirt restriction on foreign ownership. A clampdown may accelerate moves to delist from U.S. markets and return home, a trend spurred by President Donald Trump’s aggressive policies toward China. Doing so would allow regulators to keep a tighter grip on the money that flows into and out of these giants, and redirect funds to projects that better align with Beijing’s China-first policies.
Regulation may well achieve the goal of limiting monopolies and opening up the market. But companies are quick to adapt, with every chance that new behemoths will appear. Witness the considerable efforts to crack down on Microsoft Corp. in the late 1990s, aimed at separating its internet browser from its operating system. In the subsequent decade, Alphabet Inc.’s Google and Facebook Inc. rose to dominate new domains. The world is now engaged in efforts to limit the market power of the new titans. Meanwhile, Microsoft still holds a commanding share of the OS market.
Beijing may be successful in stymieing China’s current Big Tech cohort. Just don’t expect the era of internet leviathans to end. Tim Culpan, Bloomberg