World Views | Too much salt, America

When you eat too much salt – and you probably do – the problems mount pretty quickly. First it gets into your blood and confuses your kidneys, leaving too much water flowing through your blood vessels, which raises your blood pressure and, eventually, your risk of cardiovascular disease – the world’s No. 1 killer.
So everyone should just stop eating so much salt. Putting down the shaker isn’t enough, though, because three-fourths of the salt in the American diet is in processed and prepared foods: breads, pastas, salad dressings, cereals and countless other products. Reducing this kind of salt will require that government food regulators, after years of delay, finally set limits on sodium in food.
The U.S. Food and Drug Administration is expected to soon issue a draft of its first such limits. These will almost certainly be voluntary – not the most reliable approach, but food makers should be made to understand that if sodium content doesn’t come down, the limits could be made mandatory. The best approach would be to gradually lower sodium targets until Americans on average are consuming no more than 2,300 milligrams a day. 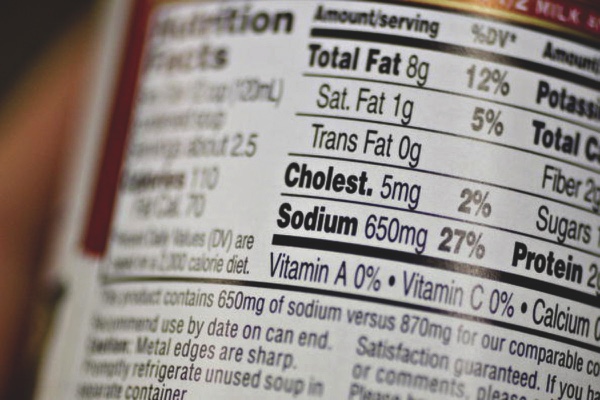 That’s one teaspoon of salt. Nine in 10 Americans now consume more than that. If they could cut back to less than 2,300 milligrams a day, 100,000 lives a year would be saved, according to the Institute of Medicine.
Voluntary sodium targets can make a difference: In the U.K., deaths from heart disease and the incidence of high blood pressure have fallen substantially since limits were adopted in 2006.
Food companies already understand the need for limits.
Mars Food, which makes Uncle Ben’s rice, recently pledged to lower the average sodium content of its products by 20 percent over the next five years. Meanwhile, Nestle, whose brands include Gerber and Lean Cuisine, says it has already reduced sodium content by 23 percent since 2005 and will keep cutting.
One reason for the FDA’s delay has been dispute over the benefit of cutting salt. There’s good evidence that eating a lot of salt raises blood pressure and that high blood pressure raises the risk of heart disease and stroke. But critics, citing recent studies, have questioned whether low salt intake really lowers the risk of death from heart disease for everyone. However, many scientists say those newer studies haven’t measured sodium accurately.
Prominent labeling should be part of the FDA’s strategy, to help consumers choose foods carefully. And the agency will also have to monitor what’s inside the package, to make sure that the salt is coming out.
Gradual reductions in sodium also make sense from a commercial standpoint, because at this point people’s palates are accustomed to a lot of salt. Cut back quickly – as Campbell Soup tried several years ago – and consumers’ taste may not readily adjust.
Most Americans know that they eat too much salt. What they may not realize is that they need the government’s help to eat less of it. Editorial Board, Bloomberg