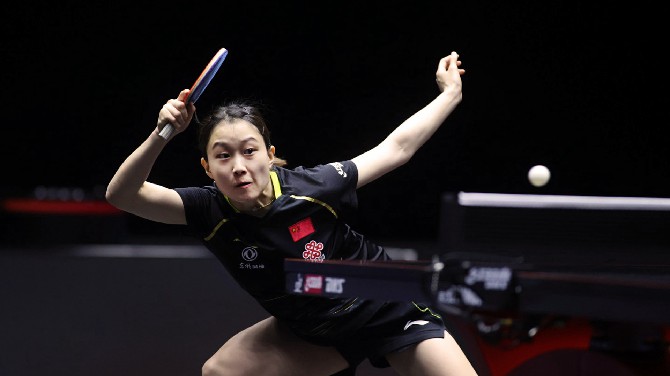 The first-ever World Table Tennis (WTT) event kicked off yesterday at Macau’s Tap Seac Multisport Pavilion.
Doing the honors of the event opening were the players ranked outside the top eight, who met for the four matches included in “Battle One.”
In the male section, the Brazilian Gustavo Tsuboi started well, winning (3-1) against China’s Zhao Zihao.
Zhao started the match on top, winning the first game (4-11) but after that, Tsuboi corrected his moves and took advantage of his added experience, winning three games in a row, closing the match with (11-6, 11-8, 11-8).
In the other match of the male section, Hong Kong’s Wong Chun Ting had a harder task than expected to beat the Egyptian Ahmed Saleh (8-11, 11-10, 11-7, 9-11, 11-9).
Seeded four positions lower than Wong, Saleh put on his best show, winning the first game and almost obtaining a two-game advantage in the second game, which he eventually lost (11-10).
The second game worked well as a wake-up call for Wong, prompting him to put on his best effort to beat Saleh.The match was only decided by the fifth and last game after Saleh equalized the games to two each on the fourth.
In a final show of pressure, Wong edged to a final and narrow win (11-9) in an exciting match to follow.
In the women’s section, China’s Liu Weishan beat Korean Suh Hyowon (1-3) in the first international match for Liu this year.
Maybe because of that lack of routine, Liu took some time to get up to speed. Suh took advantage of that window of opportunity and won the first game (6-11).
Liu, applying more concentration, recovered the upper-hand and won the three following rounds, ending the last game with a clear 11-3 score showing her real value.
Still, and being the lowest-seeded player in the women’s singles draw, Suh showed competitiveness and good skill.
On the other match of the women’s “Battle One,” another Korean, Jeon Jihee, easily beat the Puerto Rican Adriana Diaz 3-0 (11-6, 11-2, 11-8).
From start to finish, Jeon showed clearly that she was in absolute control of the match, with 20-year-old Diaz able only to take a lesson from it. Even so, a meaningful one that may boost her up in the future.