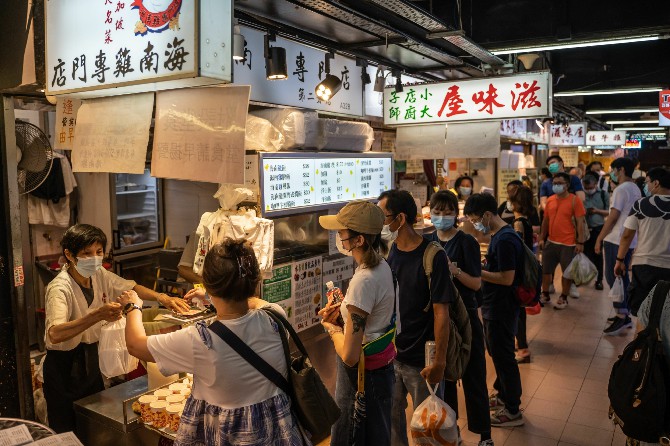 Each casino operator in Macau has had one restaurant featured in the iFood Awards, a local catering award now in its fifth year. They have all won the My Favorite Hotel Restaurant Award.
The winning restaurants are Feng Wei Ju at StarWorld Hotel, Imperial Court at MGM Macau, Casa Don Alfonso at Grand Lisboa Hotel, Bi Ying at Macau Studio City, Lotus Palace at The Parisian Macao and Il Teatro at Wynn Macau.
Meanwhile, the My Favorite Chinese Cuisine Awards and My Favorite Portuguese Cuisine Awards have been presented to Yong Tai Mei Sin, Ut Cheong and Lei Ka Choi; and Ali Curry House, Porto Restaurant and Miramar Portuguese Restaurant respectively.
Lei Iam Leong, president of Macau Catering Industry Association, which organized the awards, noted that with the support of the Macau government, the association developed a catering brand incubation center in Hengqin this year. The center is the largest of its kind in the Greater Bay Area (GBA).
The 10,000-square-foot center houses a training institution, a catering technology experience area and a business incubation center, among other facilities.
With regards to helping local caterers to overcome Covid-19 challenges, Lei said that the association has been working with Ant Bank on a Catering Industry Financing and Loan Plan. This has so far helped nearly 200 establishments.
The association president also pointed out that the government’s e-voucher scheme had significantly helped local food establishments. Overall, he believes the outlook is improving.
“In addition to seeing improvements in revenue after the launch of the e-voucher, we also see more caterers offer attractive e-voucher related discounts,” Lei said. “Some discounted prices make dining in Macau even cheaper than on the mainland, so I believe more Macau people will be attracted to spend in Macau.”
Hayden Choi, the owner of Papermoon and a winner of the My Favorite Thai Restaurant Award, felt that his restaurant’s performance also supported Lei’s views. “When the first outbreak hit Macau, we were strongly impacted,” Choi said. “After the conditions gradually stabilized, and as people could not make outbound travel, they had to [consume] in Macau.”
After travel restrictions between the mainland and Macau eased, Choi saw a slight decrease in business, but the situation was still manageable for him.
Aron Chan, who is the second generation owner of local dried seafood retailer and restaurant Kwong Heng Hou, told the Times that the business had not been heavily impacted by the Covid-19 pandemic. They had even managed to import some goods from Hong Kong.
“We take conduct extra care with hygiene,” Chan explained. “We conducted more cleaning steps before processing our ingredients.”
On the other hand, the owner of Establecimento de Comidas Sam Pou, which won the My Favorite Cha Chaan Teng Award, said that the Covid-19 pandemic had brought Cha Chaan Teng into the public spotlight as local residents have not been able to travel out of Macau.