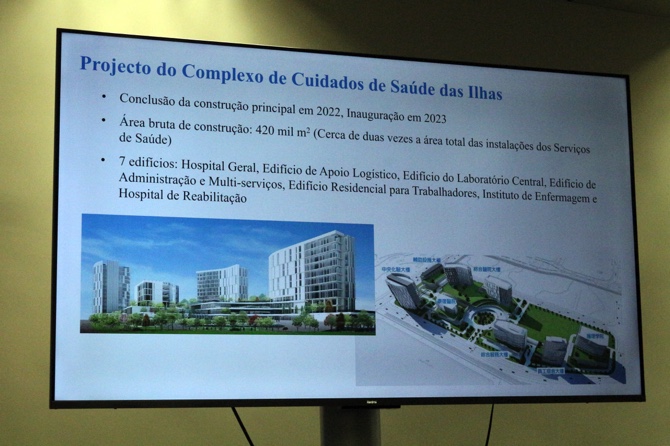 Two entities will be separately launched in preparation for the operations and development of the future public hospital in Taipa, Chief Executive Ho Iat Seng announced in the Official Gazette.

Two dispatches have been issued for the matter.

The former entity has the purpose of coordinating the preparatory work of the future public hospital in Taipa, which is commonly known as the Island Hospital, and works directly under the supervision of the Secretary for Social Affairs and Culture.

The latter entity has the purpose of supporting the government to effectively promote the preparatory work of the future hospital, which the government has previously said should start operations in the fourth quarter next year.

As such, both entities are set to cease power on December 31, 2023, although an extension as per government order is probable.

The committee will have eight members, with four from mainland China under the recommendation of the National Health Commission. These members ought to be experts in the field of hospital management. One of these members will be the chair of the committee.

The remaining four members will be representatives from the Office of the Secretary for Social Affairs and Culture, Health Bureau, Financial Services Bureau and the field of hospital management.

The rights of administration and operations of the future hospital have been assigned to the aforementioned hospital in Beijing. The government has also previously hinted on the direction of development towards Big Health and health tourism.

For the time being, no law related to the future hospital has been made. Coincidentally, the preparatory office is also vested with the power to promote the specific legislative work necessary for the operation of the new hospital.

Government data shows that the future hospital has a gross floor area of 276,500 square meters, which equates to the area of approximately 26 soccer fields.

Construction is expected to conclude this September, with the lab building concluding slightly later and expected to be completed in January 2023.

Medical staff may be hired from outside of Macau, according to Secretary for Social Affairs and Culture Elsie Ao Ieong, unless Macau is capable of providing ample staff to the future hospital.