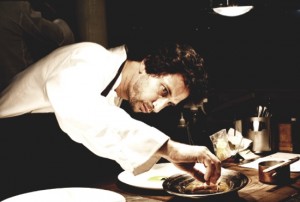 Last year, I had an amazing dinner at Mandarin Oriental, Macau when Chef José Avillez was in town. This year, the hotel is welcoming the talented chef back to Vida Rica Restaurant for a feast of gourmet delicacies. Having won a second Michelin star this year for his Belcanto restaurant in Lisbon, he will be returning to tantalise diners’ senses with his new interpretations of Portuguese cuisine, which are based on traditional recipes with contemporary inspirations.
Chef Avillez will present a six-course degustation dinner menu, featuring dishes such as low-temperature smoked egg yolk, pea stew purée, pancetta and Périgord truffle; beef oxtail with foie gras, chickpea and onion purée with Nisa cheese; and lemon-lime globe. Guests can also embark on a taste journey with his four- and five-course lunch set menus. All menus offer a choice of wine pairing with selected vintages from Portugal. 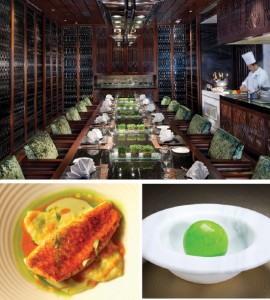 To Chef Avillez, cooking has always been a passion. Yet, it was only in his senior year in Business Communications when he decided to be a chef. Since then, he has taken several training courses and traineeships, and has worked in kitchens with some of the world’s most distinguished chefs such as Alain Ducasse, Eric Frechon and Ferran Adrià. In 2008, he was invited to the post of head chef of Tavares in Lisbon, where in little more than a year he was awarded his first Michelin star.
Early in 2011, Chef Avillez left Tavares and set out to establish his own gastronomic business, Belcanto. Opened at the beginning of 2012, the restaurant won him another Michelin star within a year of opening and two stars in 2015. He now has five restaurants in Lisbon and one in Oporto, offering different culinary experiences, and is also a popular author, TV as well as radio cooking show host.