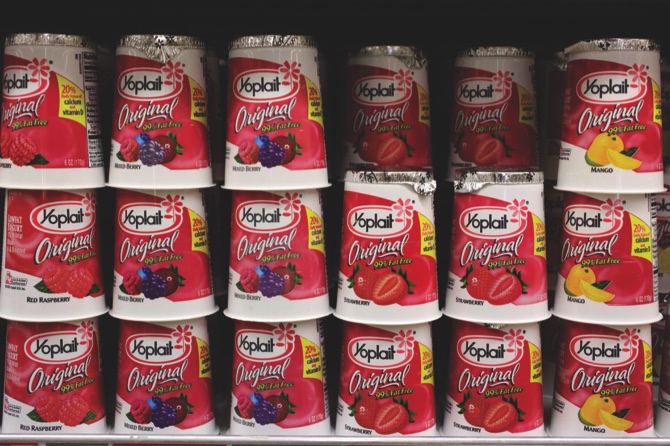 Sprinkle more cinnamon on Cinnamon Toast Crunch cereal, switch to antibiotic-free chicken for Progresso soups, pump up the protein in Yoplait yogurts. Those are some of the tactics General Mills is hoping can keep people interested in its stable of products.
Like other major food companies, General Mills is struggling to navigate fickle American tastes and increasing competition, with its core U.S. retail sales down 5 percent in the most recent quarter. While names like Cheerios, Yoplait and Progresso remain hugely popular, the Minneapolis-based company is trying to fend off smaller players promising something newer or more wholesome.
The food industry has become more “entrepreneurial,” General Mills CEO Ken Powell said in an interview, with an increase in the number of smaller brands vying for customers. But he said General Mills is paying close attention to the “shifting values” of customers, and making sure it’s giving people what they want.
“These changes in attitude are not elusive,” he said.
The tweaks major packaged food companies are making vary in their success. Last year, General Mills swapped out the aspartame in Yoplait Light for the sweetener widely known as Splenda. The company said the change did not help or hurt. But the U.S. yogurt sales were down 15 percent in the quarter.
Looking ahead, General Mills said it plans to add more protein to its Yoplait Greek 100, since people are increasingly looking for foods that will keep them fuller for longer. In a note to investors, RBC Capital Markets analyst David Palmer said he expects new product news and marketing to minimize the company’s yogurt declines throughout the year.
Other changes by General Mills have been more successful. As sales of gluten-free products have surged, the company started marketing some of its Cheerios varieties as gluten-free. Oats naturally do not have gluten, but General Mills said it ensured that its manufacturing process is not contaminated by gluten.
Keeping people interested in products isn’t always about jumping on health trends. Jeff Harmening, General Mills’ president and chief operating officer, noted that what people want varies depending on the product. For Cinnamon Toast Crunch, he noted that sales rose after the company added more cinnamon. And for Cocoa Puffs, Harmening said sales were up 20 percent in the most recent quarter after the company made them “more chocolatey.”
Still, General Mills’ overall U.S. cereal sales were down 4 percent for the three months ended Aug. 28.
Sales in its U.S. meals segment were down 19 percent, with Progresso soup suffering declines. To win back customers, General Mills said it is in the process of switching to chicken raised without antibiotics for the soups.
The company’s competitors are also tweaking their lineups. PepsiCo Inc. recently announced an organic version of its neon-colored Gatorade drinks. And Kellogg Co. is trying to shake Special K’s image as a diet food, and reposition it as a nourishing option with ingredients like quinoa.
For its fiscal first quarter, General Mills said that total sales declined 7 percent to USD3.91 billion and cited the “challenging macro environment” for failing to meet its own expectations. After adjusting for the impact of foreign exchange rates and divestitures, the company said sales were down 4 percent in the quarter.
General Mills earned $409 million, or 67 cents per share, for the period as cost cutting helped boost results. After adjusting for restructuring and non-recurring costs, earnings were 78 cents per share. That was 2 cents better than Wall Street expected.  Candice Choi, AP Food Industry Writer 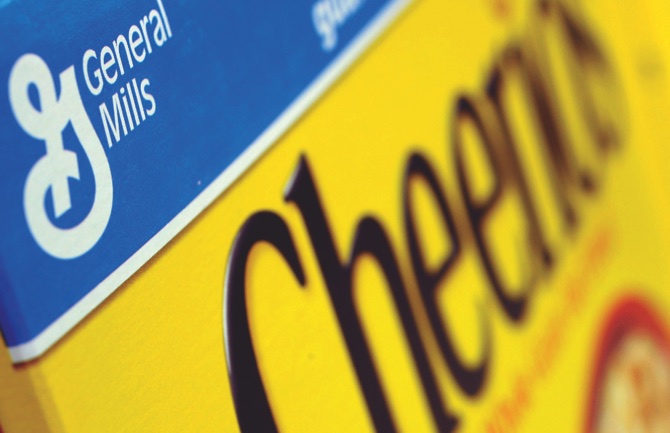