Gaming | Atlantic City casinos’ third-quarter profits up from year ago 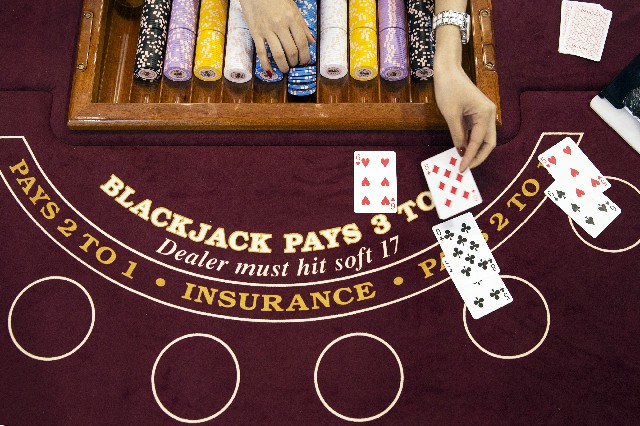 Atlantic City’s nine casinos saw their collective gross operating profits increase by 12.5% in the third quarter of this year compared with the same period last year.
The comparison was boosted by two new casinos that opened last summer doing much better in the third quarter of this year than they did a year ago, when they had just opened and were spending heavily to attract new business.
The casinos earned a collective profit of $239 million in July, August and September this year.
The Ocean Casino Resort saw a $10 million profit, compared with $581,000 a year ago. And Hard Rock saw a $24.4 million profit, up from $8.2 million in the third quarter of last year.
“We were pleased with our performance in the third quarter,” said Michael Donovan, Ocean’s senior vice president and chief marketing officer. “We set a property record for profits, driven by a 27% increase in net revenue. Ocean has seen four consecutive months of double-digit growth, and we’re excited to carry that momentum into 2020.”
Both Ocean and Hard Rock opened on June 27, 2018, so the third quarter of 2018 represented their first full quarter in business as they struggled the attract customers.
Their return to the market — Hard Rock is the former Trump Taj Mahal, which closed in 2016, and Ocean is the former Revel, which shuttered in 2014 — has been closely watched to see if it dilutes the Atlantic City market. That market had only recently regained its equilibrium as a smaller one following the shutdown of five casinos from 2014 to 2016.
That concern is still reflected in the casinos’ performance in 2019 as a whole. For the year so far, Atlantic City’s casinos are down 4.5% compared with the same nine-month period in 2018.
But the third quarter represents the first apples-to-apples comparison of a nine-casino market this year compared with a year earlier.
All nine casinos were profitable in the quarter, and six of the nine saw their gross operating profit rise. Gross operating profit reflects earnings before interest, taxes and other charges, and is a widely accepted measure of profitability in the Atlantic City gambling industry.
The Golden Nugget posted a $17.7 million profit, up over 30% from a year ago; Borgata was up 10.6% to $69.8 million; Tropicana was up 1.9% to $32.4 million; and Resorts was up 1.7% to $9.3 million.
Bally’s was down 22.6% to $14.2 million; Caesars was down 18.4% to $23.3 million; and Harrah’s was down 8.2% to $32.9 million.
Among internet-only entities, Caesars Interactive Entertainment-NJ turned a profit of over $3 million for the quarter, up from $1.1 million in the third quarter of last year. Resorts Digital was down 16.3% to $1.7 million.
James Plousis, chairman of the New Jersey Casino Control Commission, said other financial indicators also were positive for Atlantic City in the third quarter. Those included total taxes paid to the state from casinos ($9.5 million, up 13.8%); occupied hotel room nights increasing by 3%; and third-party business sales, such as eateries or nightclubs that rent space in casinos, up 4.9%. Wayne Parry, Atlantic City, AP