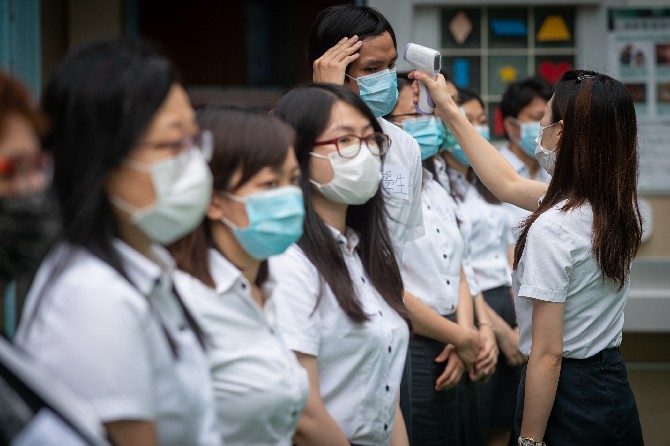 The Times has learned that some students in Macau may lose their university placement offers abroad because of a new grading algorithm employed by the International Baccalaureate (IB), which some are saying has shortchanged this year’s school leavers.
The IB is a prestigious international high school program that doubles as a preparation curriculum for universities.
A new grading system employed this year because of the Covid-19 pandemic has proven disastrous for many high school leavers, with students and teachers around the world attacking the IB for its opaque and mysterious algorithm. Many expect they will lose out on offers to top universities in the U.S. and the U.K. because of the changes.
Normally, the IB examinations are held in May. However, this year, the pandemic forced the International Baccalaureate to cancel examinations worldwide, citing health concerns.
Instead, students were graded based on three criteria: their internal school assessments, registered student coursework and the school-submitted predicted grades. The IB said it would apply an algorithm to determine the grades based on these components, while also “using historical assessment data […] from previous exam sessions, individual school data and subject data.”
After the results were released late last week, schools around the world began demanding answers from the foundation that administers the IB, reported the Financial Times.
The Diploma Program is currently taught at three high schools in Macau: Escola Kao Yip, The School of the Nations and The International School of Macao.
William Leong, IB Diploma Programme Coordinator at The School of the Nations in Macau said that the school has received queries from students about how the scores were calculated, but that information remains privy only to the International Baccalaureate.
“There is a formula behind the grading,” said Leong. “The problem is that we do not know how the calculation works. It’s the first time we are all facing a situation like this.”
Reportedly, at least a handful of Macau students have been affected by the new algorithm and may miss out on university offers this September.
“Right now, we are supporting the students in getting their university responses, because some offers are conditional upon the grades received. We have been contacting universities and having meetings with students and parents,” he said. “Many universities have said they will wait for the A-Level results in the middle of August [to see if there are still spaces]. Many others have still not answered us.”
The International School of Macao, which offers the IB Diploma Programme to Grade 11 and 12 students, said it had only just received the grades and was not in a position to immediately comment.
Twitter lit up over the weekend with hashtag #ibscandal as the extent of student dissatisfaction became clear. For many, the problem lies in the lack of transparency in the grading algorithm.
The IB said it had “awarded grades in the fairest and most robust way possible in the absence of examinations,” after “rigorous testing by educational statistical specialists to ensure our methods were robust.”
“I am not in a position to say whether I agree or not with the level of transparency,” said coordinator Leong, when asked directly about the complaints. “However, of the 170,000 global students, the [aggregate] performance this year is mostly the same as last year.”