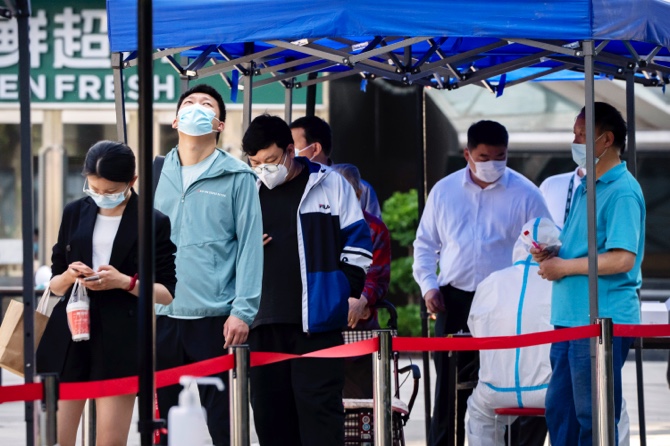 Local health authorities are waiting to the see the outcome of lowered restrictions in neighboring regions before deciding on similar measures in Macau, as stats prove over 90% of cases detected in hotel quarantine happen in first seven days.

“We know that some neighboring regions have reduced their quarantine periods and we are observing their results of the implementation of the measure in these places,” Dr. Leong Iek Hou, coordinator at the local Center for Disease Control and Prevention said yesterday during the regular weekly briefing on Covid-19 in Macau.

She added, “We are evaluating constantly to see if it is possible to require fewer days of medical observation because we also want to reduce the inconvenience for people.”

Leong’s comments came in response to questions from the media on the need to continue the 14-day quarantine requirement. The questions followed the prior release of statistical data showing that, in the overwhelming majority of cases, imported infections with the virus are detected immediately on arrival or in the first few days of the medical observation period.

Despite admitting that early detection is more common in cases of the Omicron variant, Leong explained that there are different variants active worldwide and that health authorities need to be prepared for all of them and not only the most recently detected strain.

“We need to keep our quarantine requirements [as] the current 14 days because there are other variants besides the Omicron, and different variants have different incubation periods. There are cases [where] we only detected the virus on the tenth day,” Leong said, although she could not state the precise number of these cases or when the last occurrence was.

General statistics show that only 1.7% of all infections were detected after the tenth day.

The same official noted that authorities are constantly evaluating the results and data to adjust restriction measures.

From May 16, arrivals in Macau from Hong Kong will be subject to slightly fewer restrictions than currently in place, health authorities have announced.

Although the quarantine period remains at 14 days, during the following seven day period of health self-management, people in this category will have their movements less restricted, as their health code will immediately turn green, Leong said.

This means that, after the 14-day quarantine period, people arriving from Hong Kong can immediately go to work, attend school, use public transportation and enter all venues across Macau. The only conditions are three nucleic acid tests (NAT), to be taken on the second, fourth, and sixth days, and a prohibition on travel to the mainland during this period.

If the NAT requirement is not met, their health code will immediately turn yellow as happens for all arrivals in Macau from other locations.

Leong justified this easing of restrictions for the neighboring region by pointing to the slowdown in the number of cases reported in the last few days, which is seemingly enough of a guarantee for local authorities.