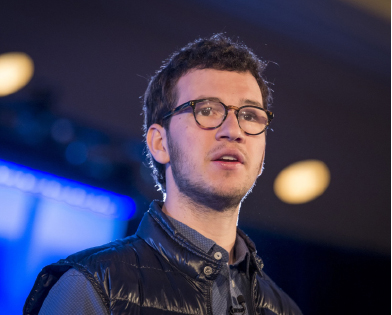 They didn’t complete a single year of college, but Henrique Dubugras, 23, and Pedro Franceschi, 22, have already amassed a veteran’s share of Silicon Valley experience. Now they have the net worth to match.

They are the founders and top executives of Brex Inc. a fintech startup recently valued at USD2.6 billion, with an unlikely origin story. Dubugras was just 14 when he built his first company, the maker of an online video game, and shut it down after getting notices for patent infringement. Soon after, he teamed up with Franceschi for another venture — payment processor Pagar.me, which grew to 150 employees before they sold it in 2016. The pair then enrolled at Stanford University, but didn’t make through freshman year before dropping out to found Brex.

Brex, which launched its first product last year, has become a fintech darling, catapulting its founders into the ranks of the richest entrepreneurs — on paper at least. Today their stakes in the company are worth an estimated $430 million each, according to an analysis by EquityZen, a marketplace for shares of tech firms that haven’t yet gone public.

The pair’s ascent is rapid even by Silicon Valley standards, where dropping out of Stanford to launch a startup is almost a cliché. Brex, founded two years ago, has become one of the fastest American companies ever to reach a multibillion-dollar valuation, joining the ranks of startups like Uber Technologies Inc. and scooter unicorns Lime and Bird Rides Inc.

In 2017, Brex was valued at $25 million, according to data from PitchBook. Its latest funding round pegged its valuation at more than $2 billion. The company’s key product is a credit card for startups and their employees that relies on real-time data, rather than traditional credit scores. One of the drivers of Brex’s towering valuation, its founders have said, is its potential to expand into other businesses.

The firm has also recently introduced credit cards for e-commerce and life-sciences companies. In addition to cards for startups, Brex has said it plans to cater to larger firms, offering cards with tailored rewards as well as expense management.

Brex declined to comment for this story. Dubugras had said previously that Brex’s new e-commerce business accounts for about one-third of its revenue.

Another fintech wunderkind, Max Levchin, who at 23 co-founded a company that would eventually become PayPal Holdings Inc., is an investor in Brex. So is Peter Thiel, also a PayPal co-founder, as well as the Kleiner Perkins Digital Growth Fund and Ribbit Capital. Tom Metcalf & Julie Verhage, Bloomberg