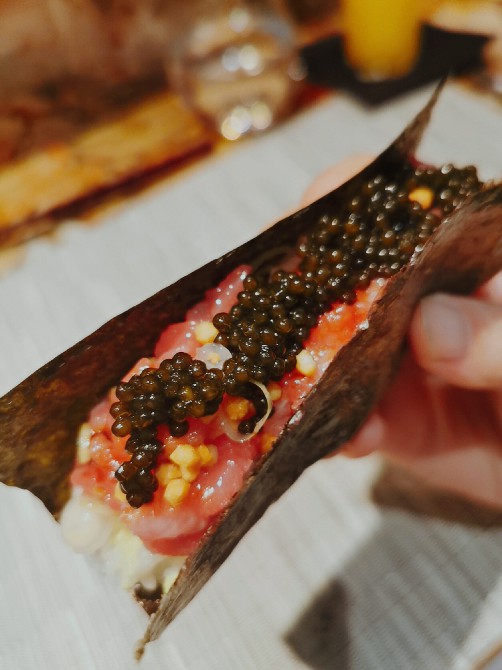 When one thinks of teppanyaki, sophistication is not expected as the cooking method of using teppan, a metal plate, is often associated with overcooked heavy meat and dry texture that turn off the taste buds of discerning diners who prefer nuances and subtleties.
Pio Hae Pyoung, Sous Chef at MGM Cotai’s Grill 58, is a master in combining premium ingredients with a variety of culinary techniques on the teppan to woo picky foodies. “The teppan provides different temperatures. The middle is the hottest and the outside areas are 100 to 130 degrees. When it comes to fish and scallop, a lower temperature for slow cooking is more appropriate. Personally, I like to add steam so that moisture is kept intact,” he explains.
A special teppanyaki journey at Grill 58 starts with a seasonal appetizer of Kumanoto oyster, lotus root, pumpkin and a tiny salad, which follows by seasonal vegetable with aged soy sauce butter. The mixture of butter and soy sauce provides a rich layer of fat which glazes over the vegetable and gives it a nutty flavor. Keeping with the theme, a generous chunk of teriyaki glazed toro is served with pickled ginger and chives. On the palate, the oily substance oozes umami characteristics with a melange of sweetness and warmth from the ginger.
The toro extravaganza continues with a Tossaki Nori roll overlapping sushi rice with Ossetra caviar and diced toro. A hint of wasabi is added to bring freshness, breaking up the fatty composition. Next, seabass can be seen slowly simmering on the teppan, while the uni cream sauce is prepared on the side. At the end, a Shiso leaf is separated into small pieces falling gently on the fish. The result is an arrangement made in heaven, exuding aromatic refinement and mastery of temperature control. Finally, G58 treasure comes gleaming before the eyes. Regarded as “treasure,”  the bowl of rice is covered with salmon roe, caviar, cucumber and sea urchin, paired with miso soup topped with lobster.
Dessert lovers would be delighted with the chef’s seasonal dessert, sesame mochi ice cream with Japanese pear. “Most Japanese restaurants only offer a tiny dessert at the end of a meal, but I enjoy being generous so I made a pancake sandwich with chestnut as well,” he adds. Indeed, the chestnut paste of multiple texture sandwiched between fluffy pancake is quite a treat to conclude the spectacular evening.  Irene Sam, MDT 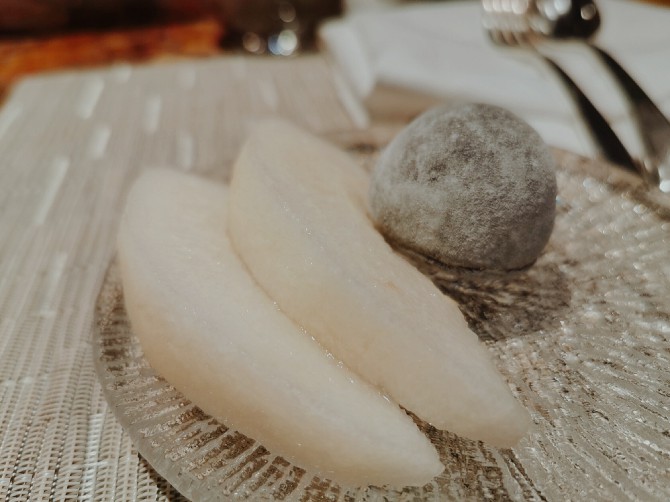 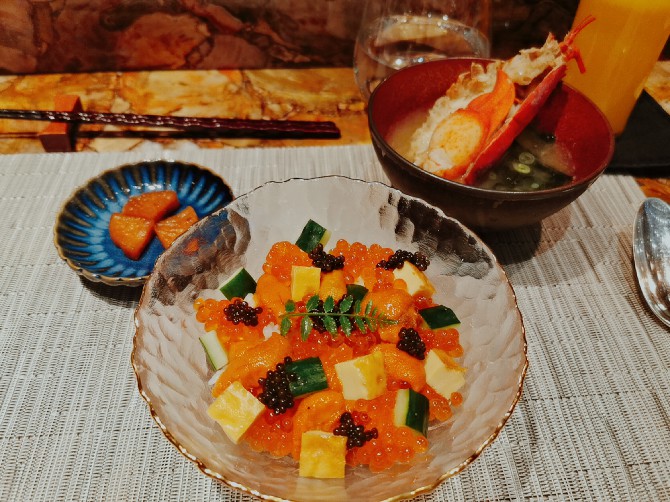 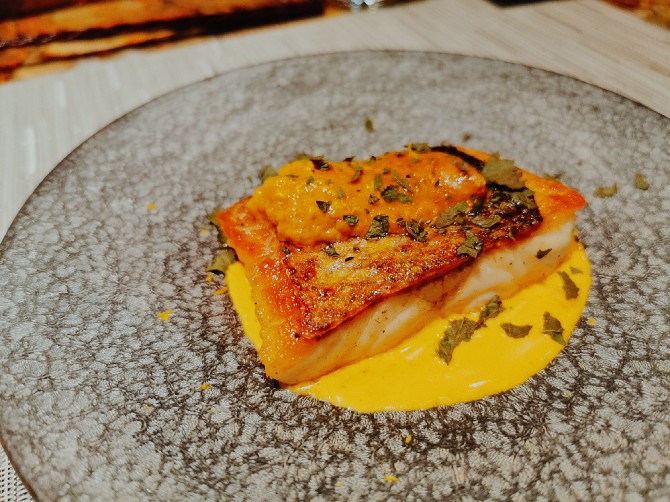 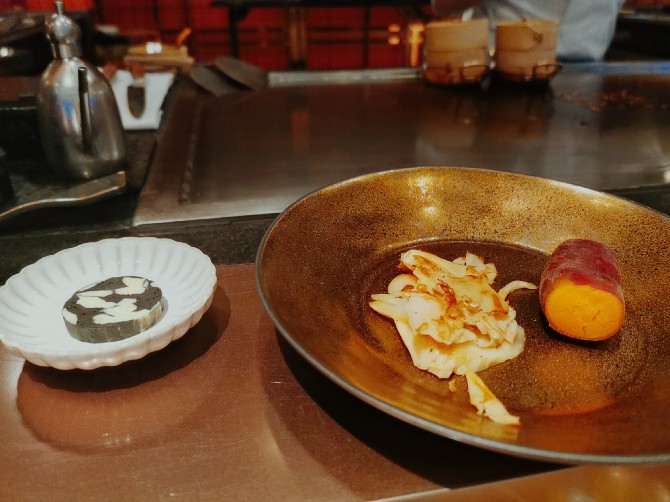 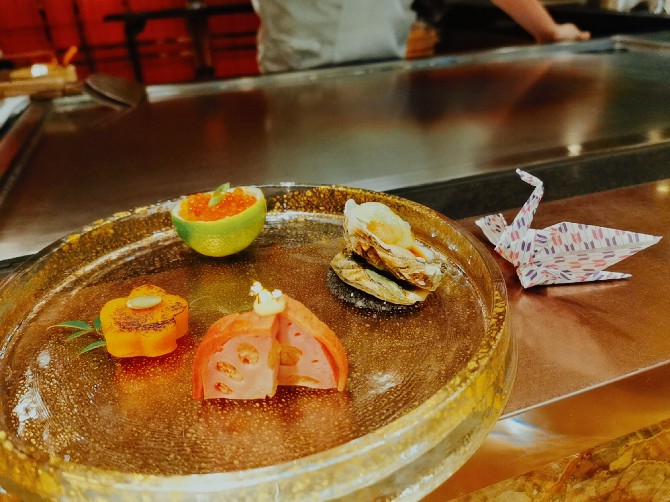 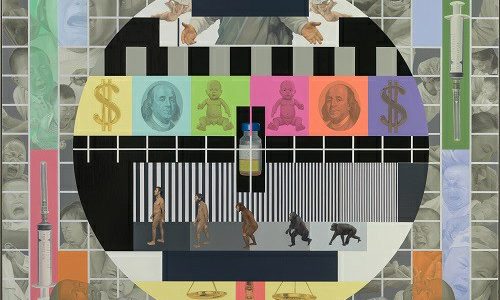 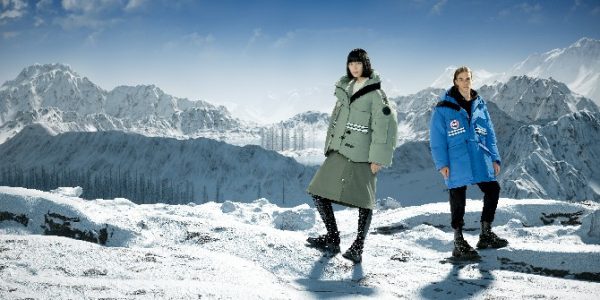 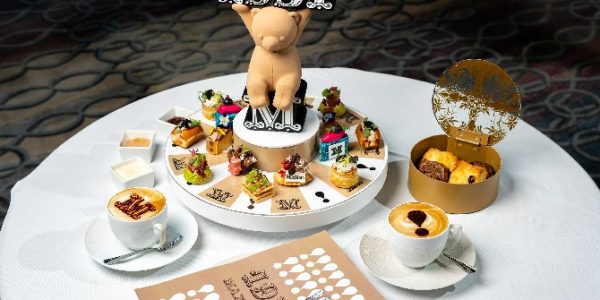 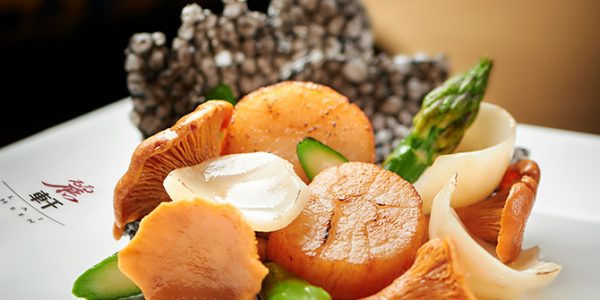