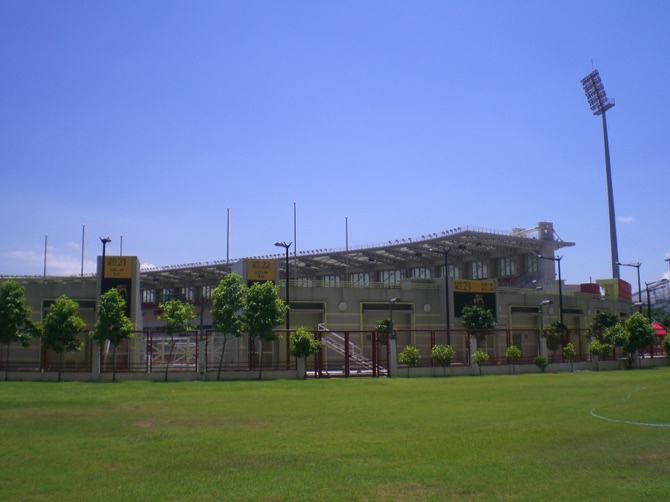 Syrian National Football team will play all of their “home” matches for the 2018 FIFA World Cup Qualifiers in Macau, as proposed by Macau Football Association (MFA) and the Asian Football Confederation (AFC) on Friday.
According to the AFC, “Macau FA proposed to Syria FA to host all five Syrian team home matches. Syria FA accepted this offer and the AFC, following communication with FIFA, has confirmed Macau as the venue for Syrian home matches, taking into consideration logistics and security aspects,” they told the Times.
Information disclosed by the Chinese press notes that the initiative could bear a cost of over MOP6 million for the MFA, a sum that includes the organization of the five matches, as well as the transportation and lodging of the Syrian side during their stay in the region.
The same report claims that the decision came after discussions were held regarding where to move the matches from the originally assigned location – Beirut, Lebanon – after the Korean Football Association (KFA) refused to accept the match at the proposed location due to security concerns.
MFA allegedly made an offer that the Syrians could not refuse – to be accountable for all expenses – which was favorable to other countries’ offers to hold the matches in a “neutral” field.
At the same time, the unilateral proposal from MFA raised doubts as some, including China’s “Sport Weekly,” mentioned that such a proposal might be a lobbying intention of the Chinese Football Association (CFA) to avoid long travels, as well as to play the two group matches against the Syrians on home soil.
Also benefiting from the outcome is the South Korean side that, similarly to China, will be able to avoid a long-haul flight to Lebanon and, certainly will avoid  problems that often occur in such countries like pitch conditions, lodging and logistics.
Yet to be explained is where the MOP6 million reportedly needed for all the expenses will come from.
The Sports Bureau (ID) told the Times on Thursday, “MFA is the actual party taking the whole responsibility for the issue of arranging the football match.  The ID has received the rental request for the football venue from the MFA, and we are currently coordinating with them on this issue.”
As the Times reported on Friday, a FIFA spokesperson has already confirmed that “at the request of the Syrian Football Association and with the support of the MFA, the 2018 FIFA World Cup qualifying home matches of Syria will take place on neutral ground in Macau,” adding that both “FIFA and AFC ratified the choice of the neutral venue.”
Syria ranks 105 in FIFA’s ranking, the lowest of the six teams included in Asia’s Round 3 Group A qualifiers that includes, China (78), South Korea (48), Qatar (80), Uzbekistan (55), and Iran (39).
On September 6, Syria will play its first match at “home” against South Korea before heading to China where, exactly one month after, they will face China’s team at Shaanxi Province Stadium, in Xian.
The next “home” appearance of the Syrian side is scheduled for November 15, when they will host the group favorite, Iran.
There has been a similar phenomenon of alleged favoritism of China in other sports like volleyball, as seen during the annual competition of the International Volleyball Federation (FIVB) Volleyball World Grand Prix, when China was granted special status to always play at “home.”
Taking reference from this year’s edition, the event held by the FIVB visits cities as distant as Rio de Janeiro, Brazil; Long Beach – California, USA; Ankara, Turkey; and Kaliningrad, Russia, amongst other, but team China played in Ningbo, China, Hong Kong and Macau.
This fact has been criticized by some in the sport and highlights the added burden of long-haul flights and associated consequences.
After the latest edition of the event held in the region, several players as well as others members of the staff of the Brazilian team complained of tiredness, as the team had less than five days’ break between their two matches against Serbia, the first held in their home country and the second held in Macau.
Brazil did not attend the awards ceremony or the final press conference after the Macau event due to scheduling issues with their travel. 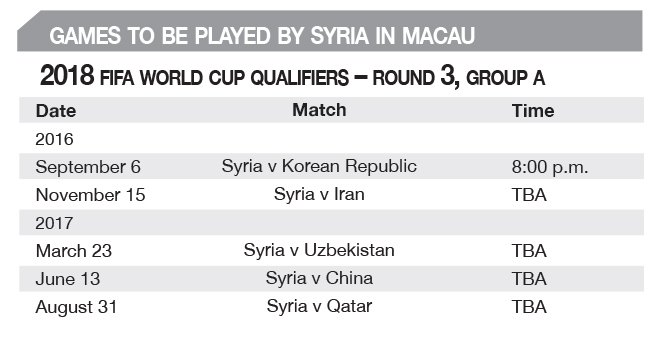