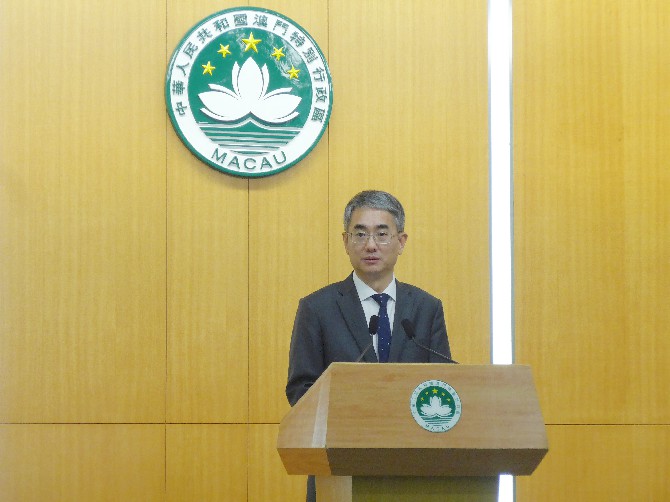 When questioned about the future of the temporary leisure area in Taipa, Secretary for Administration and Justice, André Cheong, declined to save the large site area of a former factory in Macau.
The Municipal Affairs Bureau (IAM) has recently announced a plan to revive a vacant land plot in Taipa, two blocks away from the current Taipa Central Park, into a temporary leisure area with ball grounds and children’s playgrounds. Used car tires will also form part of the materials utilized for the area.
However, preservation of a group of six old buildings, which were originally cotton mills, were not part of the proposal released by the IAM. Some members of the public, as well as several lawmakers, including university professor Agnes Lam, have urged the government to reconsider its decision.
Cheong stressed that the old factory buildings are not legally-listed relics. Meanwhile, the site of the structures is lower than the road on its side, causing regular floods to the site. The roof, on the other hand, was built with old materials containing asbestos. The material has been banned due to its hazardous health effects.
In addition, the government official also explained that the conversion is to align with the community development of Taipa and to improve the livelihood of the neighborhood.
The conversion project will cost the government MOP30 million.
In contrast, urban planner and member of the Cultural Heritage Committee, Lam Iek Chit, has told local Chinese media All About Macau that the old structures shall not cause much conflict in terms of the overall design.
According to Lam, the special significance of the factory building is that it was built and opened when Taipa was still dominated by the agriculture and fishery sectors.
Most importantly, the urban planner believes reviving the empty factory buildings can highlight the theme of the park – conservation and environmental friendliness – while enriching the culture of the district.
Similar, previous cases have seen partial conservation, leaving part of a building to highlight its significance. The headquarters of note-issuing Banco Nacional Ultramarino, on Avenida de Almeida Ribeiro is one of the most distinguished examples.