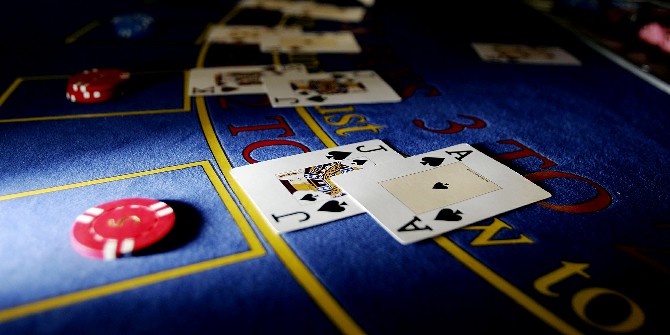 A bill to criminalize the act of promoting or encouraging overseas gambling to residents of mainland China is currently being studied in the People’s Republic of China. It is already illegal for residents of the mainland to gamble overseas, but that does not include the Macau SAR.
According to Chief Executive, Ho Iat Seng, the bill is now in review and discussion at the Standing Committee of the National People’s Congress (NPCSC). The stipulations, for that reason, have not yet been released to the public.
The news on the law review was first published on the website of the National Supervisory Commission of the People’s Republic of China.
In explanation for the need of the law review, the Commission cited cases where overseas gambling has been conducted by a minister and a national bank official. “Overseas and online gambling have become some people’s main way to gamble, which include civil servants,” the announcement states.
“Cross-border gambling is seriously illegal and criminal, resulting in a large outflow of funds, seriously damaging national image and economic security,” according to the announcement.
In June, state media Xinhua reported that the mainland authorities have cracked 257 cases and arrested more than 11,500 suspects since the country launched a campaign against cross-border gambling and related crimes on February 28.
Police across the country have busted 368 gambling platforms, and found out that more than 229 billion yuan (about 273 billion patacas) was involved in the cases, according to a statement from the Ministry of Public Security.
Casino operation continues to be a crime on the mainland. This law review will adjust the sentence for that crime, while additionally criminalizing the organization or solicitation on Mainland residents to gamble outside of China.
Besides the stated topic, the law review will also include self-money laundering and surrogate university students, among a list of other topics.
When it was first announced, the news brought pressure to the stock prices of Macau’s six gambling concessionaires, which fell by between 0.96% and 3.53% on the day.
JP Morgan Securities (Asia Pacific) Ltd told online gambling media outlet GGRAsia that “if enacted, China’s legal change might further cloud the business outlook for junket promoters, who traditionally act as go-betweens to enable rich mainland residents to gamble in Macau and elsewhere.”
The Times reported in September that mainland China was using big data to identify Chinese residents planning to go overseas for gambling purposes. It has prevented them from leaving the country.
Also reported by the Times last year, Southeast Asian countries, including the Philippines and Cambodia, were suspending applications for new online casino or gambling platforms following complaints filed by China.
Similar to a previous “blacklist” that traced or banned mainland residents from departing from the country to gamble elsewhere, the mainland authorities have not explained whether the reviewed law, when passed, will cover Macau.
Places listed on the blacklist may see fewer mainland travelers as authorities will impose travel restrictions to discourage mainland residents’ from visiting these places. AL