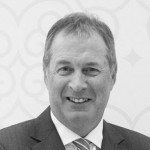 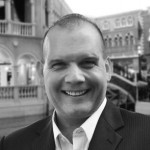 Ho Tram Project Company Limited and World Gaming Group Limited yesterday announced the signing of an agreement for World Gaming Group (WGG) to create, develop and maintain poker operations at Vietnam’s only integrated resort, The Grand Ho Tram Strip.
President of The Grand Ho Tram Strip, Shaun McCamley said, “The Grand has long been committed to developing and expanding gaming offerings to suit a wide variety of players from around the region and around the globe. In WGG we have found a partner with a legacy dating back almost two decades in Asian poker which is ideally positioned to drive our growth in this exciting area of the gaming industry. We enter this partnership with a view to bringing a truly world class poker tournament to our truly world class property here in Vietnam.”
Chief Executive Officer of World Gaming Group, Andrew W Scott, said, “We’re very excited to be partnering with The Grand Ho Tram Strip – it’s a brilliant property that is building itself a solid reputation among gamers from around the region.  Our partnership here is set to build upon this foundation, providing us a huge platform for growth. You’re certainly going to be hearing a lot about the Ho Tram Strip in the future.” 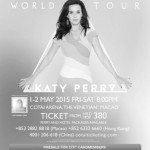 International superstar, Katy Perry, announced yesterday that she will bring The Prismatic World Tour to Macau on May 1-2. This tour is presented by The Venetian Macao and AEG Live, and sponsored by Citi.  She will be touring in support of “Prism”, which debuted at number one on The Billboard 200. The platinum album has given Katy her biggest ever single with “Roar”, while “Dark Horse” just became her lucky 13th Top Ten hit on The Billboard Hot 100.
Tickets for the show go on sale starting February 13.
Citi is the official card of The Prismatic World Tour, and will offer its card members a 3-day presale.  This advance purchase period will run from 10am February 10 to 10pm February 12.
“We are absolutely delighted to be able to bring artists of the caliber of Katy Perry to The Venetian Macao’s Cotai Arena,” said Scott Messinger, Senior Vice President of Marketing, Sands China Ltd. “We are equally thrilled to be able to offer her legion of fans in the region a chance to see what has so far been an electrifying tour. Katy joins an illustrious list of performers that Sands China has brought to Macau as part of our efforts to diversify the cultural landscape of Macau and turn it into a center for leisure and tourism. ”
“I’m thrilled to bring the Prismatic World Tour to some of my favorite places in Asia, as well as some sensational places I’ve never been. I can’t wait to take in the sights and the culture, and share my music and meet all of the new fans,” said Katy.