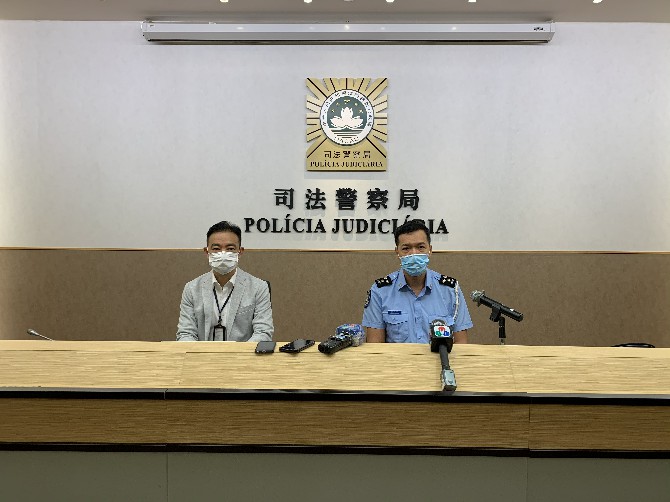 A car crash incident has become far more complicated after a joint investigation by both the Public Security Police Force (PSP) and the Judiciary Police (PJ) found that it involved an ongoing conflict between a former couple.
The incident took place late at night on September 13. The police identified a 27-year-old male student as the suspect and a female in her 30s as the victim.
In Macau, common traffic accidents are handled by the PSP’s Traffic Division. It is also authorized to investigate drunk-driving cases, among other more serious traffic violations. The PJ, on the other hand, only handles criminal violations. Both police departments are involved in the investigation of this particular case, as there are two sets of violations.
The suspect was charged by the PSP with drunk-driving and dangerous driving, but also charged by the PJ with violently causing damage and aggravated physical assault.
Although the two police departments investigated different violations, the statements given by the female victim were similar. Both police departments were told that on the night of the incident, the male crashed his Porsche Cayenne into the female’s Mercedes-Benz C-class twice on Avenida Comercial de Macau.
The crash left dents on the Mercedes’ right side and the left side of the Porsche’s bonnet. It also crushed the right front window of the Mercedes.
The police were told that after the two crashes, the male got out of his car and began hitting the woman, causing multiple wounds to her body. Understanding the severity of the situation, the woman called the police.
When PSP officers arrived at the scene, they could smell alcohol on the man. An on-site alcohol breath test detected a 1.33g/L alcohol level. He has therefore been charged with drunk-driving violations.
The PSP added that the alleged deliberate crash constitutes dangerous driving. Meanwhile, the PJ were notified, as the PSP found evidence of physical assault and material damage.
Inspectors from the PJ reviewed video footage that confirmed the statement given by the woman. In the footage, the police saw that the man crashed into the woman’s car twice before entering her car and beating her.
During police investigation, the male suspect confessed that he committed the crime. He disclosed that he was emotionally disturbed that night and claimed that he coincidentally saw the woman there that night.