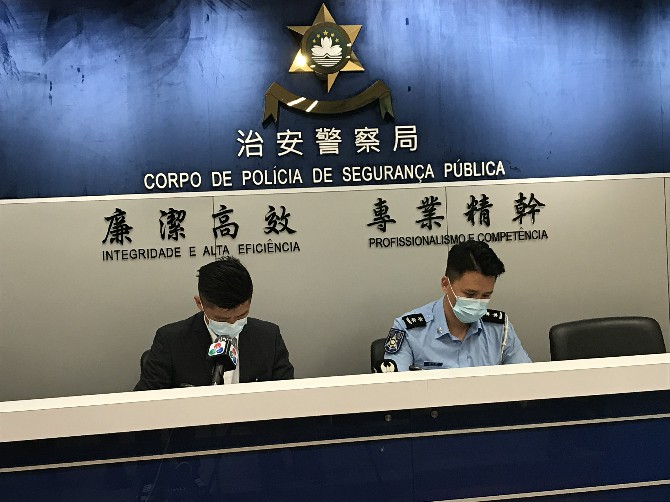 A staff member from the Public Security Forces (FSM) has been caught drunk driving after being involved in a minor car accident at the Avenida da Harmonia in Seac Pai Van, a Public Security Police Force (PSP) spokesperson informed during the joint press conference of the police forces on Wednesday.
The incident occurred in the early hours of September 20, when two officers from the PSP were called to attend to the car accident.
Upon arrival, the officers found two people arguing. According to those involved, the car of the FSM staff member had reversed and hit the other car, which was parked to its rear.
Initially, the driver refused to take the blame for the accident and even said that he was not the person behind the wheel.
Due to a strong smell of alcohol, the officers required him to take a breathalyzer test, but he refused to comply.
While the officers were trying to convince the suspect to cooperate, alerting him that non-cooperation would constitute a disobedience offense, a passer-by started to interfere in the case, ordering the suspect not to collaborate with the police and insulting the officers.
In another twist in the case, this second man eventually entered the vehicle of the suspect and locked himself inside, using his mobile phone to call the emergency hotline 999.
In the call, the man claimed to have been kidnapped by the police officers in a hotel room in a different location, providing false information and emergency request to the authorities.
After some time, the first suspect eventually agreed to cooperate and a test revealed he had a blood alcohol level of 1.6g/L.
Presented to a judge the next day, he was sentenced to five months’ imprisonment, suspended for two years depending on his behavior, and an 18-month prohibition on driving.
As for the second suspect, he is awaiting trial for allegedly committing four crimes, including filing a false police report, failing to obey a police order, making a malicious report, and insulting the police.
The PSP also informed that an internal investigation is underway following of the opening of a disciplinary procedure relating to the case.