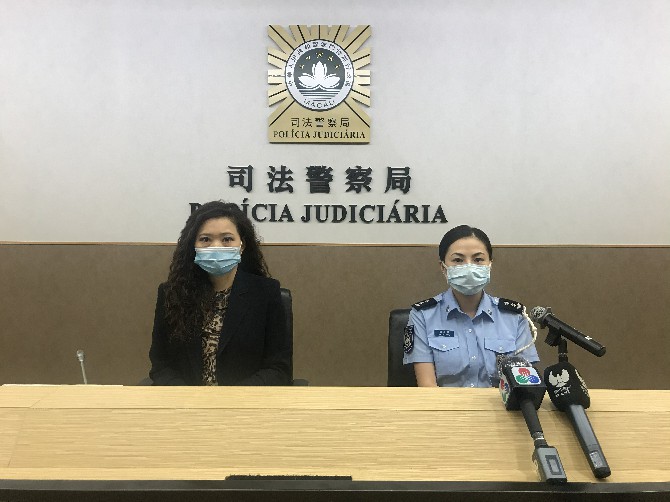 A mainland man is accused of sexually harassing three women, in some cases indecently exposing his genitals in front of them.
The Public Security Police Force (PSP) reported this case during yesterday’s joint police press conference. The suspect is surnamed Liang, a blue-card holder in Macau in his thirties, who works as a construction worker. The three victims are all Macau local women in their twenties. Each case took place at a different time and at different but nearby locations.
In the first case, on July 3, a young woman took a bus to R. do Mercado de Iao Hon. The suspect, who was also inside the vehicle, is alleged to have touched the victim’s hip while she was getting off the bus.
Shortly after the first incident, the victim encountered the man again in the proximity of Alameda da Tranquilidade. It is alleged that the man whistled at her but did not proceed further after the woman braced to defend herself.
The woman reported the incidents to the police the following day.
On July 5, it is believed the man found his second victim. In the evening, at 8:40 p.m., while on Alameda da Tranquilidade, the victim was walking her dog. The suspect is alleged to have stood behind a pillar. When the woman approached, the man exposed his penis completely, according to the victim.
After the first two victims reported their cases to the police authority, the PSP deployed officers for spot inspections at the concerned area in the hope of seizing the alleged offender.
On July 29, at 9:20 p.m., also near Alameda da Tranquilidade, police officers caught sight of the suspect and followed him. At that time, they saw a third woman falling victim to his indecent exposure.
When Liang passed by the third young woman, he is said to have quickly exposed his genitals towards her. The police officers immediately questioned the woman in order to confirm the details of this third case and proceeded to arrest the suspect.
During a police interrogation, Liang admitted to his behaviors but denied that they were deliberate acts. Liang claimed in regard to the first case that he was not careful enough inside the bus and touched the woman without being aware of it.
In the second case, Liang blamed the weather. He said that because the night was too hot and he had not zipped his pants properly, he hid behind the pillar to tend to his outfit. He was not sure whether a women noticed his genitals during the process. Despite Liang’s efforts, the PSP said they were confident that Liang had exposed his genitals deliberately, especially considering that he ran away from all the scenes once he was noticed by passers-by. “This testimony contradicts itself,” PSP concluded.

A young woman has reported a loss of 63,000 patacas after she trusted her online “boyfriend”, the Judiciary Police (PJ) reported at a press conference yesterday.
The victim is a civil servant in her twenties. On July 12, she started talking with someone claiming to be a man via a mobile chatting app. Five days after she first talked with him, she termed their relationship as boyfriend and girlfriend.
On July 17, she was persuaded to invest in an app called “Si Mu Bao”. Like other online investment scams, the victim made a profit from her first purchase, which convinced her to put more money into the app. She made approximately 400 yuan as profit from the first deposit. Later, in total, she deposited 63,000 patacas, which eventually went missing, leading her to report the case to the police. JZ