Ex-lawmaker does not want HK security law mirrored in Macau 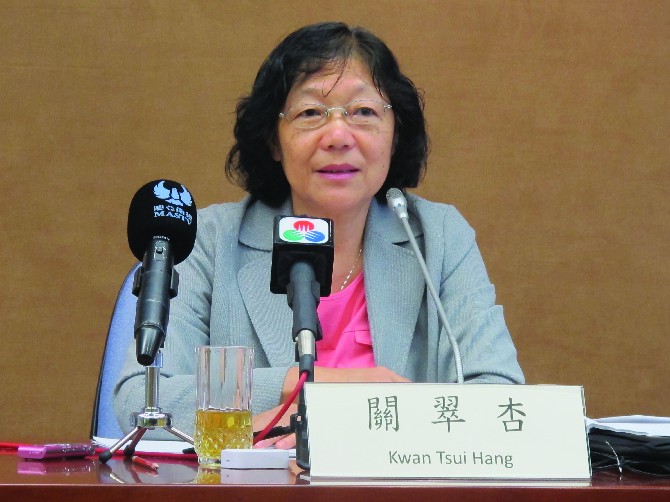 Describing the stipulations of Hong Kong’s National Security Law as tougher than the ones in Macau, retired lawmaker Kwan Tsui Hang disagrees with directly copying Hong Kong’s version, should the legislation in Macau be revised.
Kwan explained that Macau’s social conditions are different from that of Hong Kong, with the society and the government of Macau having always done its constitutional duty. In her view, the social conditions, political ecosystem and livelihood are all less complicated than in Hong Kong. She does not believe that Macau people will do “things as scary as … in Hong Kong”.
The former lawmaker sees the Hong Kong law as far more explicit. Some stipulations are absent in the Macau law, such as criminalizing the obstruction of public operations, she said.
Despite the law being more lenient in Macau, the coverage is wide, the former lawmaker pointed out.
“I don’t consider it mandatory to copy the entire Hong Kong law [in] Macau,” she told local Chinese media outlet All About Macau. “Especially those stipulations apparently for Hong Kong.”
Kwan added that the National Security Law in Macau has been effective for 11 years already. Although the law has not stipulated the need for a specific entity handling national security affairs, the city has set up its own institutions doing so, such as an upcoming department for such a purpose at the Judiciary Police.
“In that case, why do we need to copy the law from Hong Kong?” questioned the former lawmaker.
Moreover, Kwan said that Macau has always been supportive of implementing the “One Country, Two Systems” policy framework. She cited President Xi Jinping, who last year complimented Macau’s implementation of the policy with harmony and inclusion, which has become a model.
“For that reason, I don’t see any necessity to overhaul the National Security Law,” Kwan said. AL