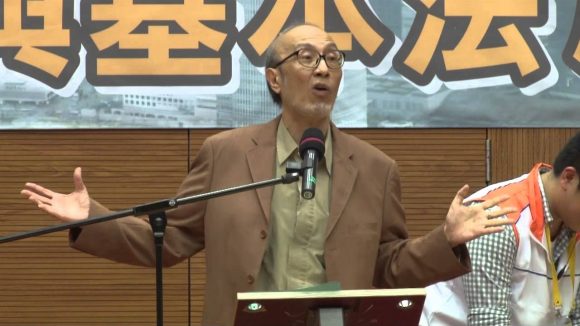 Local academic, educator, and inventor of the “Macau Formula”, Fok Kai Cheong, has died, according to Jornal Tribuna de Macau.
Fok, a native of Panyu, Guangdong, was born in Macau in 1942. He went to live and study in Hong Kong during his teenage years. He graduated from the University of Hong Kong in 1965 and went to the University of Hawaii for his master’s degree, specializing in Hong Kong and Macau history. He obtained a master’s degree in 1969.
Following his postgraduate education, he returned to Hong Kong in 1973 and became an associate professor at the University of Hong Kong, before receiving his Ph.D. from the University of Hawaii in 1977.
He then taught at the University of Hong Kong for 20 years. From 1984 to 1994, he was a member of the Hong Kong History Compilation Group of the Chinese Academy of Social Sciences.
In 1996, he was employed as a professor at the University of Macau. Since 2001, he was an honorary professor of the University of Hong Kong’s History Department.
Before his passing, he held the managerial position of president at the Macau Millennium College, an institution started by SJM president Ambrose So and other educators.
On top of his accomplishments in education, he was also a dedicated researcher and opened a new direction for the study on Macau and Hong Kong. He published widely on the histories of the two cities.
During the course of his writing, he even coined the term “Macau Formula” to highlight the difference of so-called colonialism in Macau to other places.
One of his studies yielded an unpublished paper titled The Macao Formula: a Study of Chinese Management of Westerners from the Mid-16th Century to the Opium War Period. AL