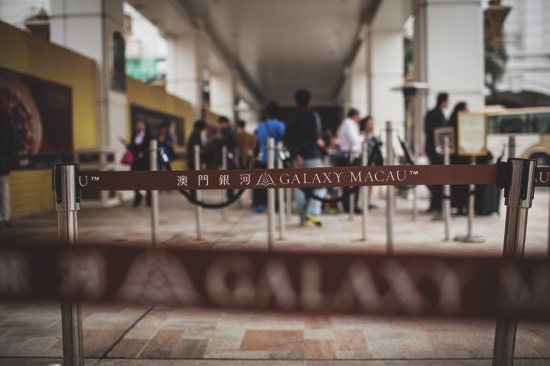 Take a tour of south Macau and it’s hard to tell that the world’s biggest gambling hub is contracting. On a vast piece of reclaimed land, dusty with cement mixers and dump trucks, all six of the city’s casino operators are building new resorts.
Galaxy Entertainment Group Ltd. will open the first of the new hotel-casinos May 27, including an area modeled after New York’s Broadway theater district. Melco Crown Entertainment Ltd. plans to finish the next project later this year, complete with Asia’s tallest Ferris wheel. Sands China Ltd. follows with a property featuring a half-size replica of the Eiffel Tower.
Welcome to Macau’s alternate reality. Casinos are betting USD26.6 billion that if they add hotel rooms and casino tables, they might be able to stop the decline in revenue and start them rising again. It’s the opposite of textbook economic principles: More supply will mean more demand. Everyone in the industry is watching to see if it will work.
“Galaxy’s openings will be the first major test for the industry on whether new capacity will drive visitation and gaming revenue recovery,” said Jamie Zhou, an analyst at Macquarie Securities Ltd. “The question now is what kind of customers they will bring and how much gaming revenue are they going to drive. That’s what on everyone’s mind.”
The new resorts are aimed at positioning Macau beyond hard-core gambling for Chinese high-rollers to a Las Vegas-style recreation hub for families and couples, with restaurants, entertainment and shopping in addition to casinos. It’s part of the reinvention mandated by Macau’s government for casino operators to focus on developing tourist attractions after China’s anti-graft crackdown and slowing economy kept away high rollers. The operators are adding non-gaming features to their resorts in hopes of winning more gaming tables from the government. 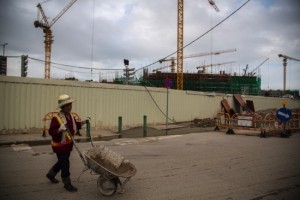 Galaxy is betting on a Broadway theme at its revamped casino with Brazilian belly dancers and sold-out headline act from 64-year-old Cantonese pop singer Alan Tam. Across the street, the Hong Kong-based company hopes to lure shoppers by offering more luxury stores at the second phase of its main Galaxy Macau casino in the reclaimed Cotai area.
To the south of the new Galaxy resorts, Melco Crown’s Studio City project boasts a Batman theme ride, the soaring Ferris wheel and a nightclub from Ibiza, Spain-based Pacha at its Hollywood-inspired resort, which even roped in actors Brad Pitt and Leonardo DiCaprio for a promotional film directed by Martin Scorsese.
Across the street, billionaire Sheldon Adelson, whose eight-year-old Venetian resort features musicals including Cats and Beauty and the Beast, is building the Parisian Macao with the half-sized Eiffel Tower.
The “if you build it, they will come,” philosophy has long been prevalent in the casino industry. Almost 19,000 hotel rooms will be added between now and 2018, increasing the total number to more than 47,000, according to data from Bloomberg Intelligence. Las Vegas currently has about 150,000 rooms.
There’s no overcapacity though, Zhou of Macquarie said. Macau’s hotels are at 84 percent occupancy rate on average in the past 10 quarters. Most casino operators give out 90 percent of rooms to high rollers for free, he said.
The last time Las Vegas saw a major increase in rooms was in 2008 and 2009 when 16,000 rooms were added, a 12 percent increase, according to statistics from the Las Vegas Convention and Visitors Authority. Those new projects, including MGM Resorts International’s CityCenter, Wynn Resorts Ltd.’s Encore and Las Vegas Sands Corp.’s Palazzo, opened in the midst of the financial crisis and subsequent recession.
Then, Wynn Resorts cut salaries, Sands was forced to raise money to avoid bankruptcy, and MGM had to sell a casino to refinance debt and shelved a planned Atlantic City development.
Average annual hotel occupancy dropped from 90 percent in 2007 to 80 percent two years later, while the typical daily room rate slid 30 percent to $92.93. Those numbers have yet to return to their 2007 peaks.
Jim Murren, chief executive officer of MGM Resorts International which is building a $2.9 billion resort in Cotai scheduled to open in late 2016, said the Macau operators have much stronger balance sheets than the Las Vegas companies did during the recession. It is unlikely Macau will see the same kind of crash in room rates and profits that put Las Vegas casino operators on the brink of insolvency, he said.
“There is no chance of that happening in Macau,” he said in a May 4 interview. “The room supply is not significant. We have 500 rooms at the MGM Macau. We’re renting rooms every night at the Mandarin next store. Vegas had a large base and we all added in the teeth of the recession. We had a global meltdown.”
Still, hotel occupancy rate in Macau has already dropped to 77.3 percent in the first quarter from 85 percent in the previous three months. Galaxy is introducing hotel promotions to mark the openings, while Sands China offers discounts of up to 50 percent.
With fewer high-stakes gamblers coming to Macau, room rates would be driven down and attract more lower-spending tourists –  not necessarily the kind of patrons casinos would hope for, Anthony Wong, an analyst at UBS AG. Macau’s success has been built on high-rollers who account for about 70 percent of the total market, he said.
Macau saw its first annual decline in casino revenue last year and may face a 21 percent drop this year. More than $20 billion in market value of of six casino operators has been wiped out so far this year.
Gambling accounts for more than 90 percent of casino operators’ revenue in Macau and only 37 percent in Las Vegas, according to Zhou of Macquarie.
The industry’s plan is to use more hotel rooms to draw more overnight tourists, who spend four times more than day-trippers, according to data from Bloomberg Intelligence. Visitors in Macau, two-thirds dominated by Chinese, currently stay on average 1.4 days, it said. In Las Vegas, they stay about three to four nights on average, Wong at UBS said.
In the east of Cotai, cranes were erected around billionaire Steve Wynn’s new resort fronted by maroon glass panels. Nearby, workers built bamboo scaffolding around the structure of SJM Holdings Ltd.’s Versailles-style Lisboa Palace as the Macau government pushes ahead with plans to turn itself into a world tourism center.
“Companies are spending all that big money on something that has yet to be proven to work in Macau,” Zhou said. “It proved to work in Vegas, but it took them 15 years – it’s going to take a long time for Macau to get there.” Stephanie Wong and Christopher Palmeri, Bloomberg

The government has permitted the allocation of only 150 new gaming tables for the second phase of the construction of the Galaxy Entertainment casino-resort, which is due to open in Cotai on May 27, Jornal Tribuna reported yesterday.
The gaming operator had requested 400 tables, but the government “proved to be inflexible” with the cap on tables (3% annually). According to Tribuna, “Galaxy Entertainment will be forced to transfer gaming tables from other casinos within the group” to the new complex.
UBS reported that recently “there has been busy activity on the existing Galaxy Macau main floor in re-positioning tables, slots and ETGs which could be in preparation for the re-allocation of some tables to phase 2 from phase 1. We also expect a few junkets (less than 3-4) to have the appetite to open new VIP rooms in Galaxy phase 2.”
“We think the market [was expecting] around 150 new tables for Galaxy…an allocation below [that number] could be negative to [market] sentiment,” UBS analysts wrote.