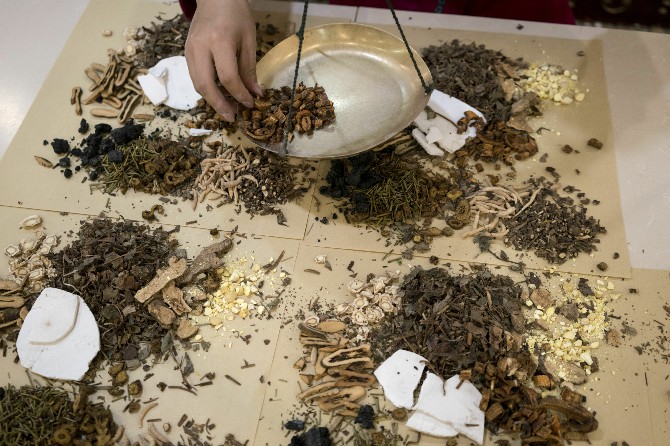 Chief Executive Ho Iat Seng has pledged that he will press ahead with the commercialization of knowledge and products linked to the traditional Chinese medicine sector, as well as the promotion of synergy between traditional Chinese medicine and the healthcare industry.
In a recent meeting with pulmonologist Zhong Nanshan, Ho said that his government would dedicate more efforts to gathering information from the mainland and from overseas about standards for the prescription of traditional Chinese medicines.
The official also said that the government would promote the development of specialized legal frameworks and registration systems for this field. This is part of a bid to speed up local legislative efforts aimed at strengthening the supervision and regulation of traditional Chinese medicine.
Ho added that the government would also work to advance established and nascent industries, and devote extra effort to the development of innovative industries linked to science and technology.
In the meeting, Zhong, who is also an academic from the Chinese Academy of Engineering, remarked that nascent industries could contribute to the city’s aims of achieving economic diversification beyond tourism and gaming.
The expert then suggested introducing projects to Macau that have successfully conducted their initial stages on the mainland, such as integrated aged care and medical services. According to Zhong, this could help accelerate the development of these projects from the research stage to full commercialization.
Zhong, who was invited to the seminar by the Chief Executive, has warned against the relaxation of Covid-19 containment measures in the city.
During his talk, the medical expert said that vigilance should be maintained. There is currently no vaccination available for the disease, meaning the majority of the Macau population is not protected against Covid-19. LV